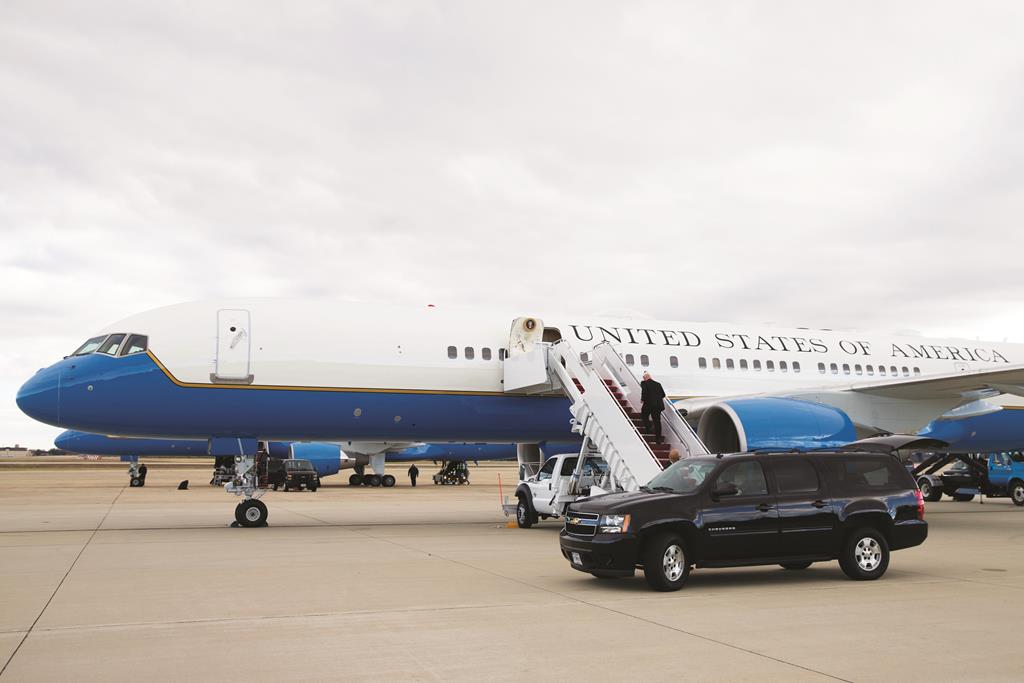 As his plane finally cleared Cuban airspace and his pilot announced he was back in the United States, Alan Gross stood up and took a deep breath.

It had been a long time.

Five years after being taken prisoner in Cuba — and just a day after being told he’d be released — Gross was on his way home. It was the resolution of a long, long ordeal that concluded with the Washington man landing on U.S. soil to the greetings of senators, congressmen and, a bit later, the secretary of state.

He then watched a broadcast as the president spoke about Gross’ plight and announced a thawing of U.S.-Cuban relations.

A few hours after that, he walked into an attorney’s office in downtown Washington to greet the media that had chronicled his ordeal. He wore a blue shirt and tan slacks; his wife was at his side.

His first words: “This is great,” spoken to a rat-a-tat of assembled photographers. Then he gave a wish for the holidays.

“Today’s the first day of Chanukah, and I guess so far it’s the best Chanukah that I will be celebrating for a long time,” he said.

The morning had been one of striking developments, as well as small treats.

According to family spokeswoman Jill Zuckman, it was only on Tuesday that Gross heard from his lawyer that he’d be released.

His response? First, a long, silent pause. And then, simply, “I’ll believe it when I see it.”

On Wednesday, a plane carrying Gross’ wife and his lawyer, as well as two senators and a congressman, flew to Havana, landed, retrieved Gross and prepared to return to the United States.

Waiting for Gross on the plane was a big bowl of popcorn — one thing he specified he’d missed — as well as a corned beef sandwich on rye, with mustard, and latkes and applesauce.

Landing at Andrews Air Force Base in Maryland, he was greeted by still more politicians.

“Seeing Alan Gross walk off that plane with his wife, Judy, was a sight I’ll never forget,” Sen. Carl Levin (D-Mich.) said in a statement. “His unjust imprisonment and his family’s nightmare are finally over.”

Gross was a subcontractor for the U.S. Agency for International Development (USAID) who’d been held since his arrest on Dec. 3, 2009. Cuban authorities charged him with smuggling satellite communications equipment to the country as part of the USAID’s pro-democracy programs.

In sometimes-lighthearted remarks Wednesday in downtown Washington, Gross thanked his family and lawyers and other supporters who’d worked for his release. He cited the politicians — including President Barack Obama — for winning his freedom. And he mentioned the many people who worked on his behalf — even if he doesn’t yet know about their efforts.

“To all of those who tried to visit me but were unable to, thank you for trying,” he said. “I am at your service as soon as I get some new teeth, hoping that they will be strong and sharp enough to make a difference.”

He spoke with a smile that beamed despite the recent loss of five teeth, one of the many health ailments he suffered. And while he strongly urged the assembled reporters to give him space and privacy to recover, his brief news conference showed he’s both thankful and full of opinions about Wednesday’s policy changes.

“In all seriousness, this is a game changer, which I support,” he said. “In the meantime, I ask that you respect my wishes for complete and total privacy. Claro?”

Meaning: Is that clear?

He expressed warm feelings for the Cuban people.

“In no way are they responsible for the ordeal to which my family and I have been subjected,” he said.

“To me, Cubanos — or at least most Cubanos — are incredibly kind, generous and talented. It pains me to see them treated so unjustly as one consequence of two governments’ mutually belligerent policies.”

Gross’ imprisonment became a central cause for Cuban-American, Jewish and other advocates in the U.S., as well as for politicians in both parties and the White House, which continually called for his release.

Cuban officials arrested Gross the night before he was scheduled to return to the U.S. from his fifth trip. He was held for 14 months without charges, and in 2011 a court found that he’d attempted to undermine the government. It sentenced him to 15 years in prison.

In his years in prison, as U.S. officials called for and then negotiated his release, his health suffered. He lost more than 100 pounds, developed degenerative arthritis in his leg and battled depression. His family said he’d spent 23 hours a day in a tiny cell with two other inmates.