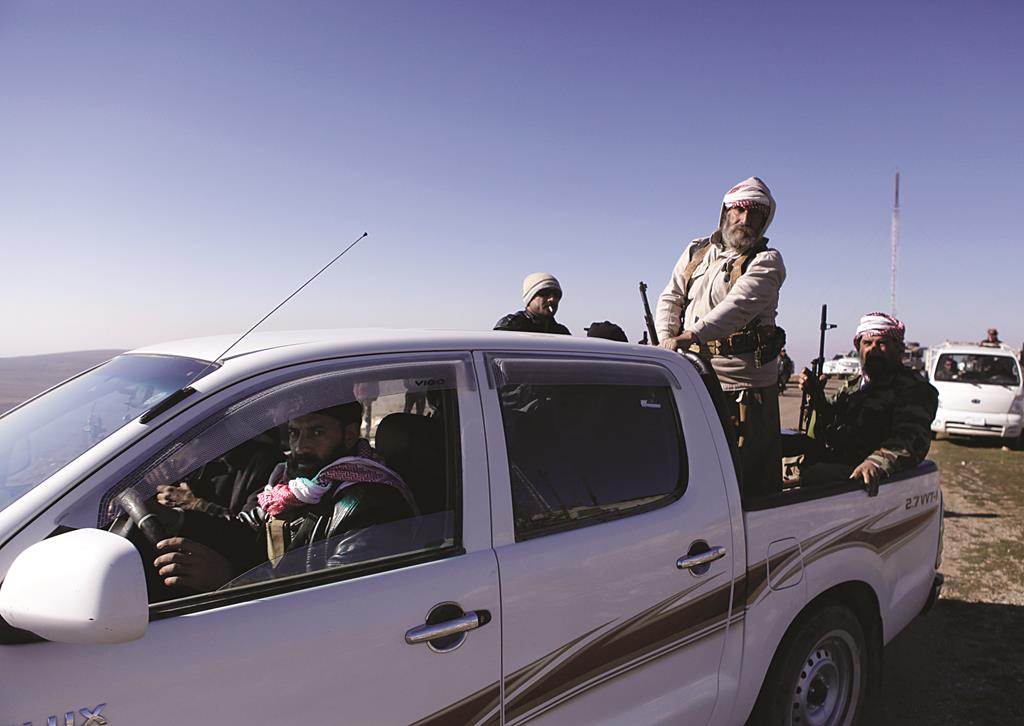 Republican Sen. Pat Roberts returned Monday from a clandestine trip to Iraq to visit Kansas soldiers, bringing with him a new-found support for a U.S. military mission that he previously criticized for being “much too vague” and dependent on foreign partners.

American troops and their allies in Iraq are making “real and tangible progress” against Islamic State terrorists who seized much of Iraq and Syria over the summer, the Kansas senator said in a press call with reporters after his plane landed in Washington.

“I am guardedly optimistic that Iraqis can take the necessary steps to take back their country,” he said.

Roberts, 78, secretly traveled to Iraq and Kuwait for five days at the invitation of Major Gen. Paul E. Funk II, commander of the Kansas-based 1st Infantry Division of the U.S. Army.

Government corruption seems to be diminishing under al Abadi’s leadership, he said, and new attempts are underway to reconcile between Sunni and Shia in Iraq.

Roberts said he was especially encouraged to see Iraqis taking the lead role in command centers, where he says he witnessed Iraqis and Kurds all working together.

On the last day of the senator’s visit, Kurdish fighters backed by U.S. airstrikes took back Mount Sinjar from the Islamic State.

Under the leadership of Kansas’ Big Red One, Roberts said, Kurdish fighting forces killed a great many Islamic terrorists and sent the survivors fleeing back to Syria.