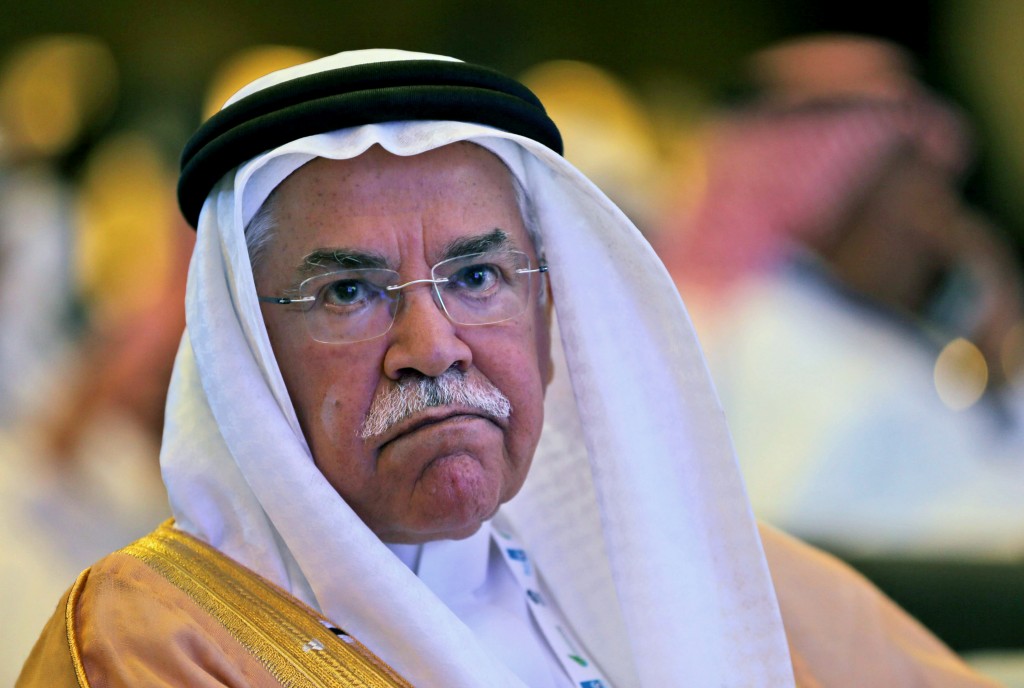 Saudi Arabia’s oil chief on Sunday dismissed allegations that his kingdom conspired to bring down oil prices in order to harm other countries, and told a summit of Arab energy leaders that he was confident the market would stabilize.

The kingdom, which is dependent on oil revenues, is able to weather lower oil prices due to large reserves built up over the years. Non-OPEC member Russia and other nations like Iraq, Iran and Venezuela need prices substantially above present levels to meet budget goals and want to drive prices up.

Saudi Arabia maintains it is opposed to cutting production because of fears its market share could erode.

“The best thing for everybody is to let the most efficient produce,” Saudi Petroleum Minister Ali Naimi said in the United Arab Emirates capital of Abu Dhabi. He was addressing the Arab Energy Conference, a gathering held every four years.

The price of U.S. crude has dipped below $60 a barrel, its lowest in five years. Naimi said he was certain that the oil market would recover with the improvement of the global economy.

An OPEC meeting last month failed to result in an agreement on production cuts, mainly because of Saudi refusal to curb its own exports. OPEC controls about 40 percent of the world oil market and Saudi Arabia is the cartel’s largest producer.

Naimi said that “a lack of cooperation by non-OPEC production nations, along with the spread of misinformation and speculator’s greed” have contributed to the drop in prices.

Some market speculators have suggested the kingdom is forcing lower prices to damage the economies of nations such as Russia and the Shiite powerhouse Iran, staunch backers of Syrian President Bashar Assad. Saudi Arabia backs the mainly Sunni rebels fighting to topple Assad.

Earlier this month, Iranian President Hassan Rouhani said the sharp drop in global oil prices was the result of “treachery,” a remark interpreted as a reference to Saudi Arabia.

“I want to say from this podium that talk about a Saudi conspiracy has no basis of accuracy at all and points to a misunderstanding,” Naimi said.