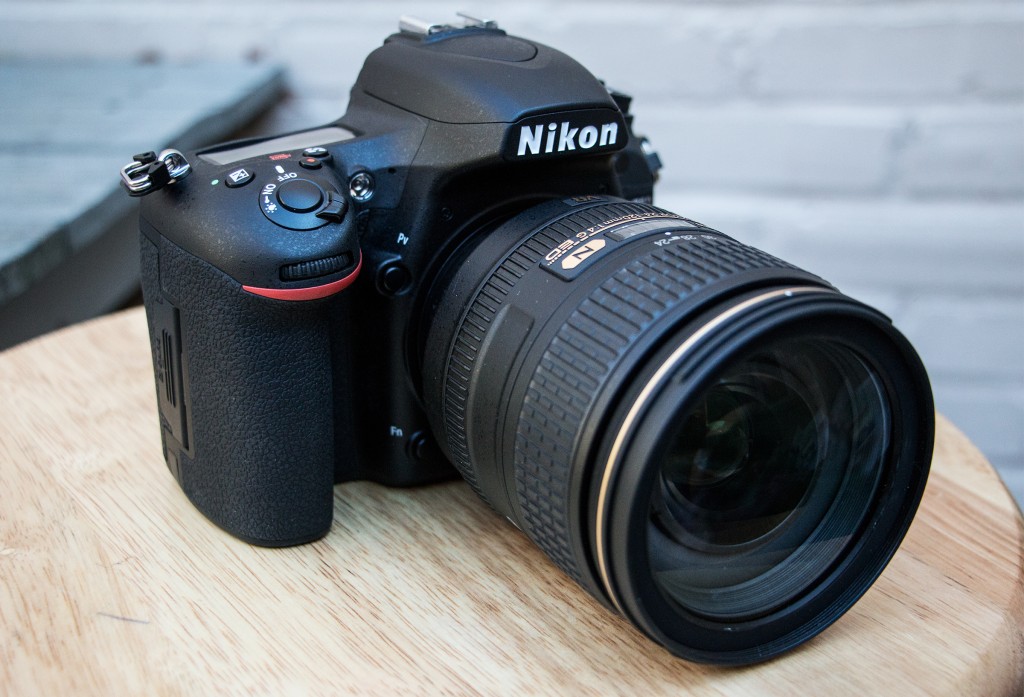 What to buy an experienced photographer or video shooter? There is some strong gear on the market from Nikon, GoPro and Domke.

I couldn’t find anything to complain about with the D750 after spending a few weeks with it. The handsome digital single-lens reflex camera, or DSLR, deserves the accolades it has received so far.

Under the hood is a full-frame, 24.3 megapixel sensor capable of capturing sharp images rich with a solid range of accurate color and tonal quality. The D750 can shoot full high-definition video at 60 frames per second – crucial for any kind of slow-motion work.

I was most impressed with the color purity of the still images. I had to do very little tweaking during editing to reveal the full vibrance of the scene I had captured. When paired with the 24-120mm lens sold as part of a kit, the camera captured video that was well stabilized, with little jitter or shake from my hands.

The D750 has built-in wi-fi for direct communication with tablets and smartphones running Nikon’s free app. I can use the app to trigger the shutter or transfer images from the camera, allowing me to share them on social media more easily. The D750 has slots for two SD memory cards for extra storage. It also has a tilting LCD screen – which came in handy when I wanted to hold the camera high or low without finding a ladder or crouching.

The camera is one of the best full-frame cameras available for seasoned photography enthusiasts. It feels and looks professional in the hand, and it delivers with quality images.

GoPro continues to excel in action cameras. The company’s latest model, the Hero 4 Black, shoots video in full 4K resolution, which is also known as ultra-high-definition. That’s a lot of crystal-clear imagery in a camera not much bigger than three matchboxes stacked on top of each other.

Nonetheless, the 4K footage doesn’t disappoint. I shot some children’s soccer matches and hiked to a creek. On a 4K display, small details pop into view, like blades of nearby grass and dust on smooth surfaces. It really is the next level of video imagery, and many pros are already upgrading to 4K video gear in anticipation of a future when everyday consumers have the capability to view it. Many higher-end screens are being sold with 4K capability.

GoPro sells a variety of add-ons, such as waterproof cases. I particularly recommend the $80 touchscreen LCD back because it makes it easier to adjust the camera setting, and preview and review footage and shot composition. Otherwise, you’re shooting without a display or viewfinder.

Make sure you’re going to buy a 4K-capable TV or add a hot new 4K-capable graphics card to your computer. Otherwise, you won’t be enjoying the full resolution the GoPro Hero 4 Black has to offer.

Don’t confuse the Black edition with the Hero 4 Silver, which is black in color but doesn’t have 4K.

No hotshot photographer or independent filmmaker is going to be happy without a sharp bag to toe their gear around in. Domke has long been the go-to brand for photojournalists, and its Director bag is a smart choice for light travel with a DSLR camera and a couple of small to medium lenses.

I was able to do some nice walk-around photo sessions with the Director slung over my shoulder. In it were the Nikon D750 and the 24-120mm kit lens, as well as an additional 20mm wide-angle lens, a Google Nexus 7 tablet, my smartphone and a small pouch for extra memory cards.

The bag has customizable divider inserts, expandable zippered pockets and a tough-as-nails luggage strap. This is much better than tossing all of your precious photo gear into a flimsy backpack.