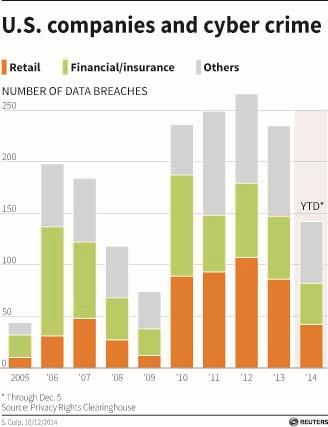 Companies across the globe are on high alert to tighten up network security to avoid being the next company brought to its knees by hackers like those that executed the dramatic cyberattack against Sony Pictures Entertainment.

That the hack included terrorist threats and was focused on causing major corporate damage, rather than on stealing customer information for fraud like in the breaches at Home Depot and Target, indicates a whole new frontier has emerged in cybersecurity. Suddenly every major company could be the target of cyberextortion.

“The Sony breach is a real wake-up call even after the year of mega-breaches we’ve seen,” says Lee Weiner, Boston security firm Rapid7’s senior vice president of products and engineering. “This is a completely different type of data stolen with the aim to harm the company.”

This should signal to all U.S. businesses that they need to “take cybersecurity as serious as physical security of their employees or security of their physical facilities,” says Cynthia Larose, chair of the privacy and security practice at the law firm Mintz Levin in Boston.

Companies are trying to tighten up procedures in the wake of the Sony attack. Even so, some say there is little that corporations can do to prevent such a sophisticated cyberattack. The key may lie more in detection and limiting damage.

“There are very few companies that can withstand that kind of large assault,” says Rich Mogull, an analyst with security firm Securosis in Phoenix. “But a lot of companies do need to improve what they’re doing on security. I see it every day with companies I work with.”

Companies also need to invest in identifying vulnerabilities on their networks and work quickly to address them. Jonathan Sander, strategy and research officer at data security firm Stealthbits in Hawthorne, N.J., recommends undertaking a comprehensive review to ensure outdated files, such as digital copies of old contracts and electronic conversations that occurred years ago, are no longer being stored on the corporate networks.

“There is a lot of stuff just sitting there waiting to be taken and used for this kind of thing,” Sander says.

He says the Sony breach has been coming up in every customer meeting that Stealthbits Technologies had held since the stolen information began leaking out and making international headlines earlier this month.