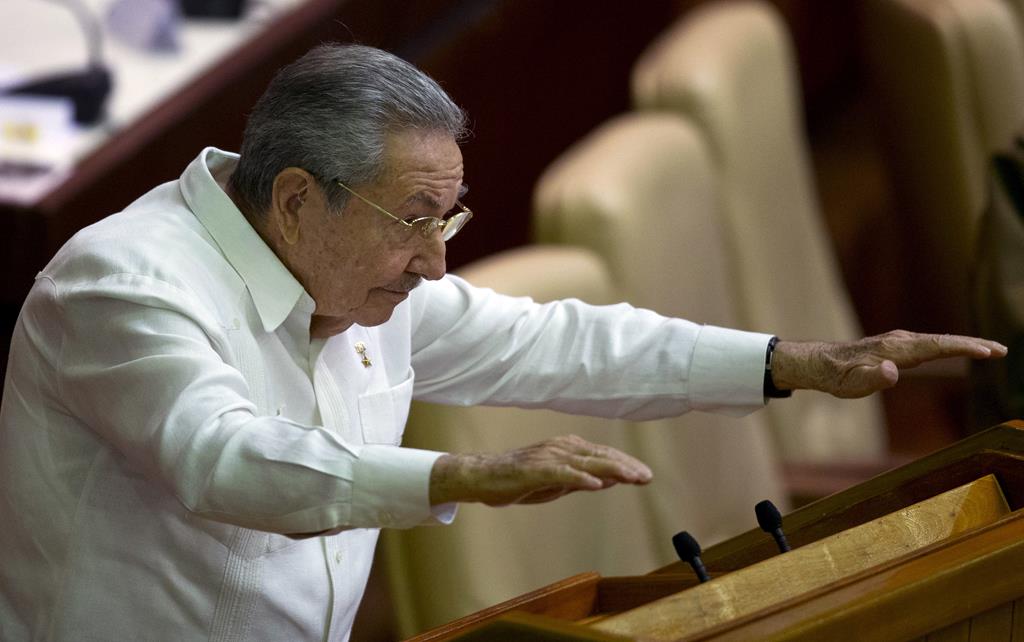 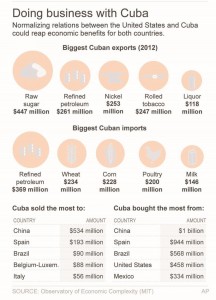 Cuban President Raul Castro said Saturday that Cuba would not renounce its core socialist ideals as part of a deal he struck this week with President Barack Obama to renew diplomatic relations after more than five decades.

Castro, speaking at a session of the National Assembly, praised Obama, highlighted the profound political differences that still divide Cuba and the United States, and noted that normalization would not come quickly.

“An important step was taken, but the most essential part is still pending, which is the end to the economic, commercial and financial embargo of Cuba,” Castro said.

Earlier in his speech, the Cuban leader said that the economy lurched along with 1.4 percent growth in 2014 and pledged new steps to promote a nascent private sector in Cuba, one of the world’s last socialist holdouts.

But he said change would come slowly.

“This will be a long and difficult struggle,” Castro told the assembly.

He praised Obama, the Vatican and Canada for their roles in hosting secret talks that led to Wednesday’s surprise announcement of a breakthrough that could ease the greatest lingering source of tension in the Western Hemisphere.

“I salute the proposal of President Obama to open a new chapter in the relations between our two nations and to introduce the most significant change in policies of the United States in the past 50 years,” Castro said. “We are not unaware of the virulent criticism that President Obama has had to endure from the forces opposed to the normalization of relations with Cuba because of this announcement. They will do all they can to sabotage this process.”

Cuba’s actions would be “prudent, moderate, reflexive, but steady,” Castro said. He did, however, display irritation at U.S. admonitions to carry out political and economic changes on the island.

“Just as we have never proposed to the United States to change its political system, we will demand respect for ours,” Castro said. If U.S. officials criticize Cuba’s performance on human rights, Cuba reserves the right to evaluate the United States on the same issues, he said, suggesting that there was much to criticize.

On the streets of Havana, Cubans voiced optimism at the sudden change of course in U.S.-Cuban relations, and expressed hope it would improve their lives.

“I’m optimistic. There will be improvements,” said Yamil Alvarez Torres, proprietor of Paladar Los Mercaderes, a private restaurant on the second floor of a colonial building in Old Havana. “It’s a complete change of policy. Before [the U.S. government] had an aggressive policy. Now it is one of becoming friends.”

Others like Alvarez said they expected life to become easier in coming months and years as a trickle of U.S. visitors to the island — which has been largely off-limits to U.S. travelers since the embargo was imposed in 1962 — steadily grows.