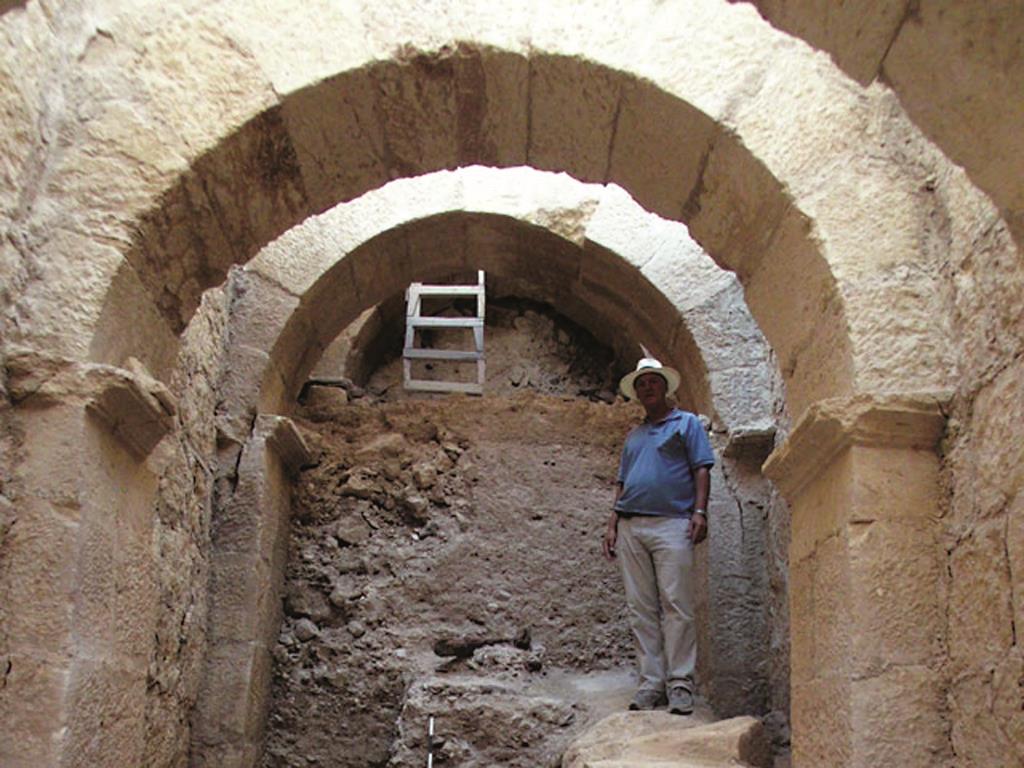 Archaeologists have discovered an impressive entryway to the Herodian Hilltop Palace at Herodian National Park.

The main feature of the entryway is a corridor with a complex system of arches spanning its width on three separate levels. These arches buttressed the corridor’s massive side-walls, allowing the king and his entourage direct passage into the palace courtyard. Thanks to the supporting arches, the 60-feet long and 18-feet wide corridor has been preserved to a height of 60 feet.

The purpose of the structure is not known. But the Hebrew University archaeologists speculate that the corridor was built as part of Herod’s plan to turn Herodium into a massive artificial volcano-shaped hill, a vast monument to himself.

The excavations in the arched corridor also turned up evidence from the Bar Kochba revolt period: hidden tunnels dug on the site by the rebels as part of the guerilla warfare they waged against the Romans. Supported in part by wooden beams, these tunnels exited from the hilltop fortress by way of the corridor’s walls, through openings hidden in the corridor. One of the tunnels revealed a well-preserved construction of 20 or so cypress-wood branches, arranged in a cross-weave pattern to support the tunnel’s roof.

In the future, excavation of the arched corridor will allow visitors direct access to the Herodium hilltop palace-fortress, in the same way that it was entered 2,000 years ago.