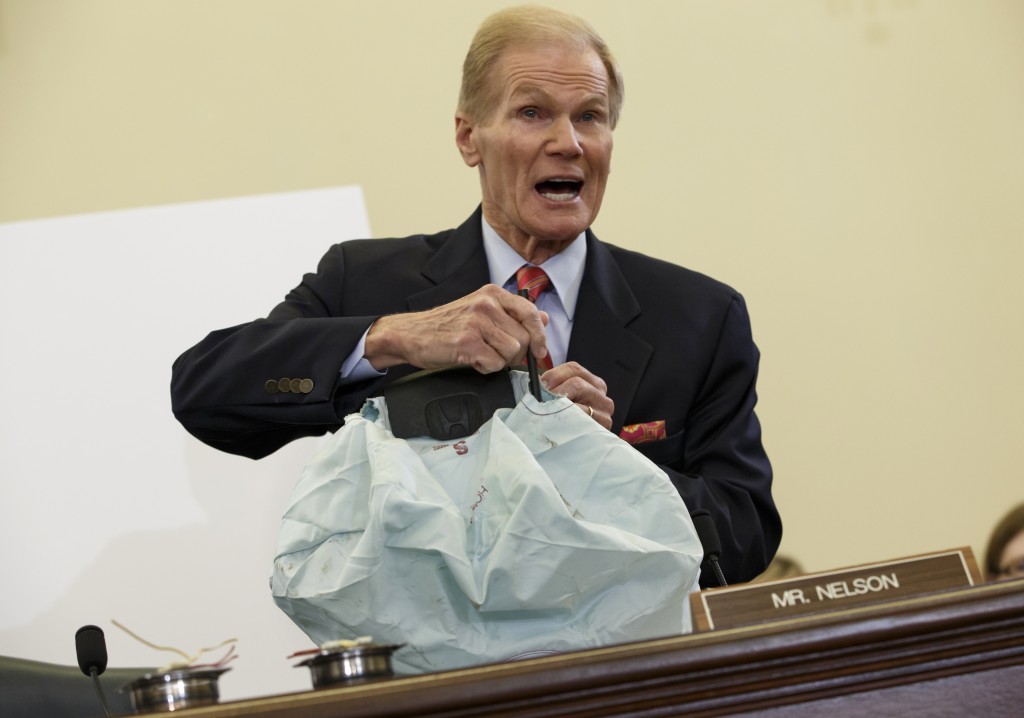 Takata, the embattled Japanese auto supplier at the center of an expanding global recall of air bags that may explode and have killed at least five people, signaled a willingness to accept a nationwide recall in full-page newspaper ads signed by CEO Shigehisa Takada.

The ad appears in Thursday’s Detroit Free Press, and in the New York Times, Wall Street Journal, Washington Post and Automotive News. The company also ran the ad in three German publications. The letter opens by stating that Takata’s air bags have deployed safely in more than 2 million auto accidents since 1987, savings “many thousands of lives.”

Currently, 10 automakers have recalled more than 10 million vehicles in the U.S. and more than 20 million globally equipped with Takata air bags. Most of the deaths and injuries tied to the air bags occurred after the bags’ inflators ruptured, spraying metal shrapnel through the interior. There is evidence the risk is greater in climates of high humidity. But some casualties happened in North Carolina, Arizona, California and Minnesota.

The National Highway Traffic Safety Administration and the 10 automakers have recalled nearly 8 million vehicles in locations such as Florida, Alabama, Mississippi, the U.S. Virgin Islands and Puerto Rico. Last month NHTSA demanded that Takata and its customers expand the recall to include all of the U.S.

While most of the automakers who installed Takata’s air bags are recalling them throughout the U.S., Takata initially resisted NHTSA’s demand that the recall be taken nationwide. The full-page ad appears to ease that resistance somewhat.

“Takata will work with (NHTSA) and the automakers to increase the production capacity for replacement air bags to support all safety campaigns or further recalls announced by the automakers,” the ad says. “We are building on existing efforts, led by our most senior engineers, to address any and all safety issues, but we recognize more must be done now.”

Takata said it is increasing its testing and analysis of inflators to better understand what has gone wrong. It also has hired three former secretaries of transportation as part of an independent quality assurance panel.

Until Thursday’s ads, most of Takata’s communication has come from Hiroshi Shimizu, a senior vice president of quality control, who was grilled by panels from the House of Representatives and the Senate.

There also appears to be a split between Takata and some of the automakers whom it supplies.

“We believe that the industry can achieve greater results by sharing information and putting its collective efforts behind the same objective third-party testing program,” Rick Schostek, a Honda North America executive, said earlier this month. Honda is Takata’s largest customer in the U.S. and has the most vehicles subject to the air bag recall.

Some automakers have been talking to other air bag manufacturers, including Autoliv, TRW Automotive and Daicel, to gauge their ability and willingness to produce extra inflators to supplement Takata’s production.

“In tackling all these challenges, Takata will work in unison with automakers to advance our common goal of putting the safety of consumers first,” Chairman Takada wrote.