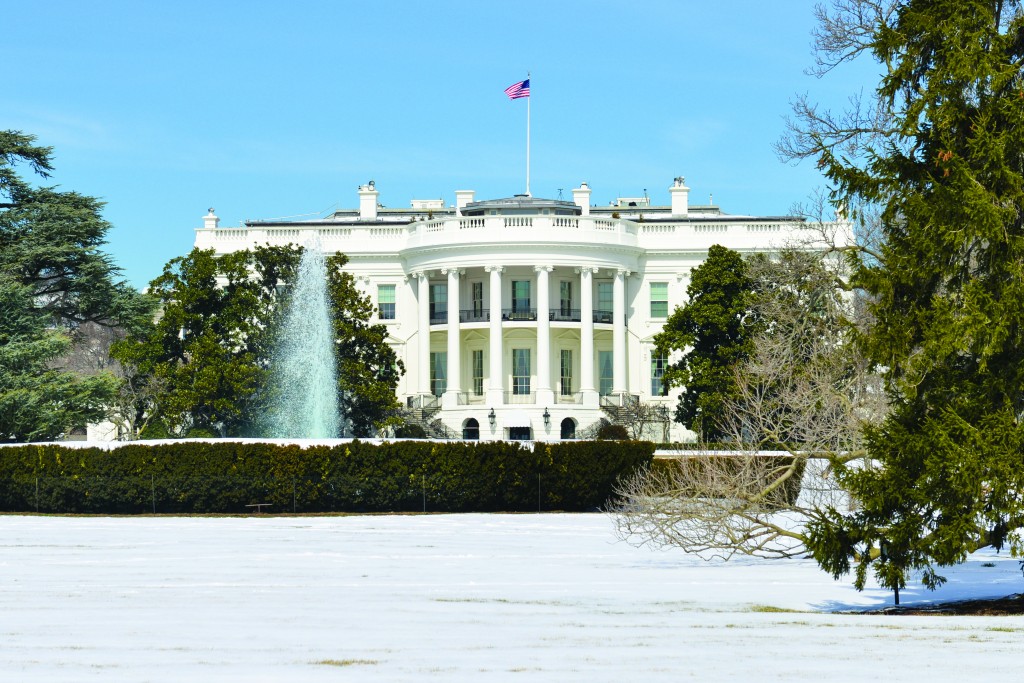 For the second year, President Barack Obama on Wednesday hosted two separate Chanukah receptions at the White House, backdropped by the dramatic announcement hours earlier that Alan Gross, an American Jew, had been released and was home from Cuban prison.

The president used nearly identical speeches and jokes for both addresses, telling the combined 500 guests that he and the first lady “like to invite just a few friends over for a small Chanukah celebration.”

Obama noted the presence of Gross’s sister-in-law at the first party. In a nod to his historic policy announcement that day that the United States and Cuba will establish formal diplomatic relations for the first time in a half century, Obama briefly took a Cuban cigar handed him by one of the guests.

“After our many months of discussion with the Cuban government,” Obama said, “Alan was finally released this morning on humanitarian grounds. I spoke to him on his flight.”

The annual Chanukah party was begun by former President George W. Bush, but was expanded last year by Obama into two separate receptions.