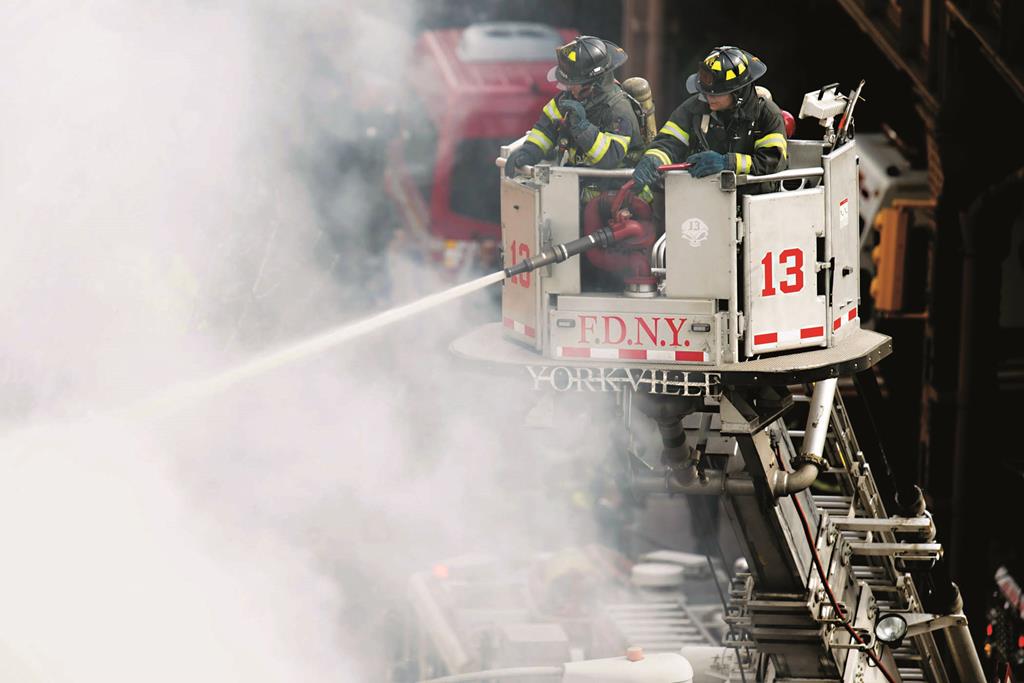 The Fire Department of New York is on pace to have its busiest year on record, according to city officials.

Mayor Bill de Blasio and FDNY Commissioner Daniel Nigro said Tuesday that the department is set to top 1.6 million emergency calls by Dec. 31, which would best the previous high of 1.575 million calls set in 2012.

“It takes a special kind of person to run toward the fire instead of away from it, but that’s what New York’s bravest do on a daily basis,” de Blasio said.

An underlying cause of the increase is a 9 percent jump in reported gas emergencies, much of which occurred after a citywide awareness campaign on the dangers of gas leaks following an explosion that leveled an East Harlem building in March, killing eight people.

“People that maybe would’ve called the gas company before now call us,” Nigro said. “So the calls are up, but it’s a manageable number.”

Those deaths were cited as a reason why the number of fire fatalities so far in 2014 is 68, up one from all of 2013. Despite the slight uptick, the city is on pace to have its lowest number of fire deaths over a five-year period since record-keeping began in 1916.

The number of serious fires was up slightly, as were the number of medical emergencies. Additionally, FDNY’s response times to structural fires crept up from 4:47 to 4:49 from last year.

Nigro also used the news conference, held in a Manhattan firehouse, to kick off next year’s celebration of the FDNY’s 150th anniversary, which will include a series of events and remembrances.