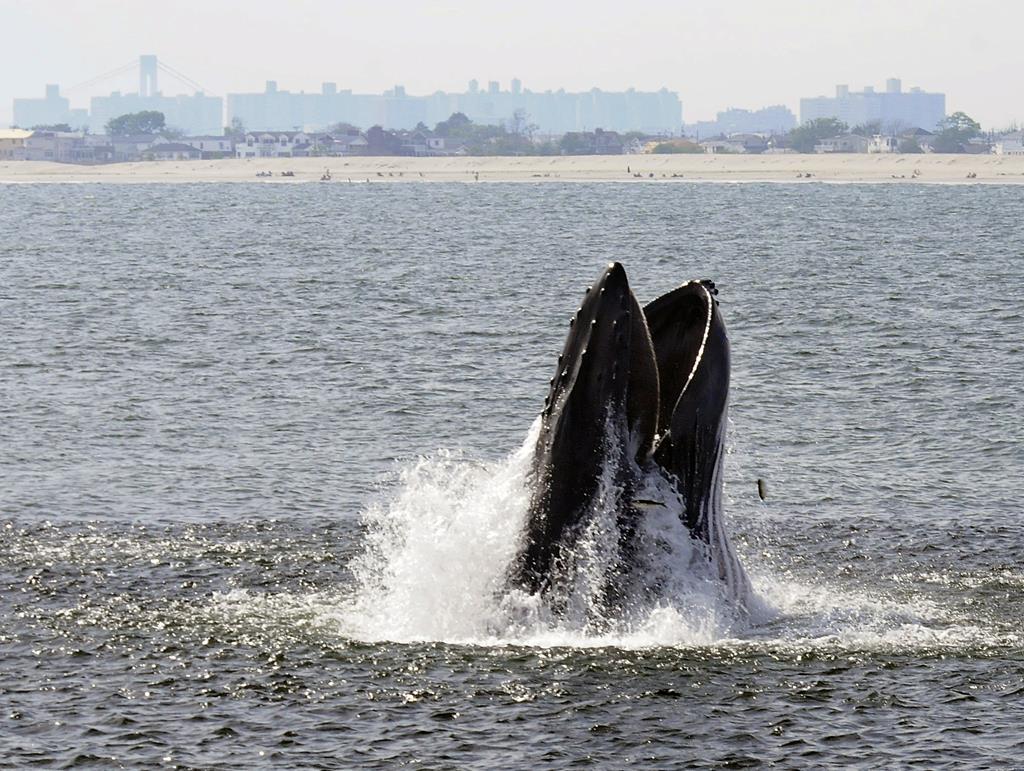 Humpback whales, the gigantic, endangered mammals known for their haunting underwater songs, have been approaching New York City in greater numbers than even old salts can remember.

Naturalists aboard whale-watching boats have seen humpbacks in the Atlantic Ocean within a mile of the Rockaway peninsula, within sight of Manhattan’s skyscrapers.

“It is truly remarkable, within miles of the Empire State Building, to have one of the largest and most charismatic species ever to be on this planet,” said Howard Rosenbaum, director of the Ocean Giants program at the Wildlife Conservation Society.

Humpbacks were spotted 87 times from the boats this year, and by cataloging the whales’ markings, at least 19 different humpbacks have been identified in the waters off the city.

Paul Sieswerda, founder of Gotham Whale, which documents the marine mammal population around New York, said reports of humpbacks in the New York Bight, where the city’s harbor meets the Atlantic, began to pick up around 2010 from surprised fishermen and other veterans on the water.

“It was pretty slim pickings at first, actually,” Sieswerda said. “We went on many cruises and had three sightings totaling five whales in 2011.”

Many whales were sighted more than once. But by comparing flukes — the distinctive shapes and markings of their tails — 19 different humpbacks have been documented near the city so far. Customers on the whale-watching tours are asked to share any photos they get of such markings for the “New York City Humpback Whale Catalog.”

It’s not crystal clear why humpbacks, which can be 50 feet long and weigh 40 tons, are returning to New York’s shores, where they were abundant before they and other whale species were nearly destroyed by whaling.

Rosenbaum said the humpbacks’ reappearance could be simply a shift in their habits rather than a spike in population. A greater abundance of menhaden, one of the humpbacks’ favorite foods, could have attracted them from farther out in the ocean.

Sieswerda agreed that various factors are in play but said, “I think it all begins with cleaner water,” including the improved Hudson River.

New Yorkers shouldn’t expect to see humpbacks frolicking around the Statue of Liberty. Except for the occasional disoriented calf, the whales generally stay well outside the harbor, beyond the “gate” formed by the Rockaway peninsula in New York and Sandy Hook in New Jersey.