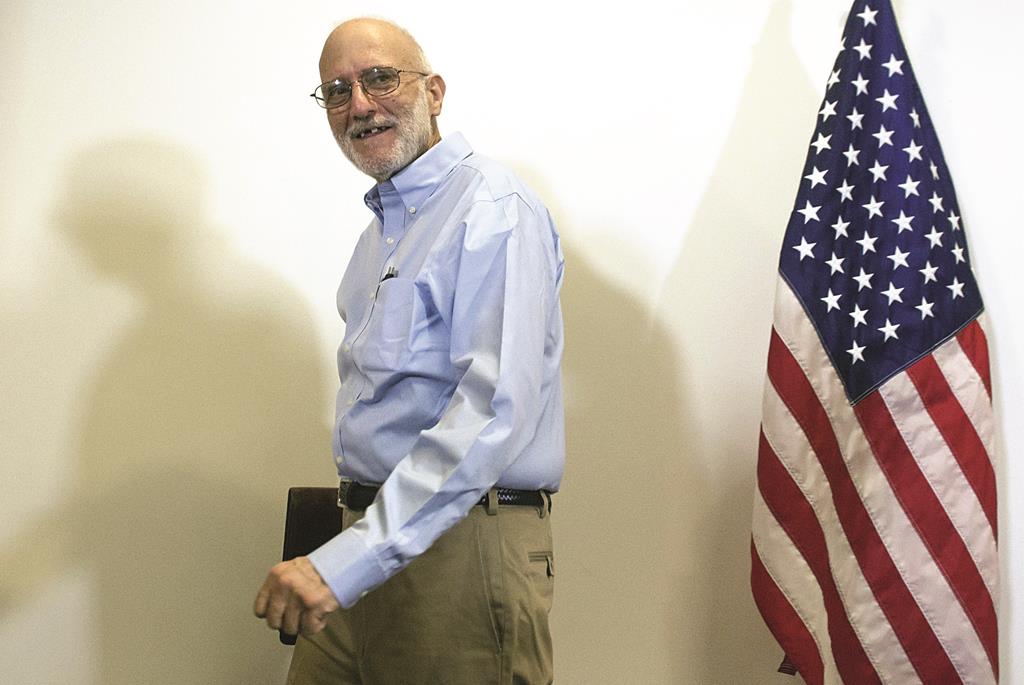 Alan Gross emerged Wednesday from five years of captivity in Cuba praising the Cuban people and offering a lesson he said he learned: Freedom is not free.

In his first public remarks after arriving in the U.S., Gross also spoke in support of President Barack Obama’s move to restore diplomatic relations with Cuba after more than a half-century of discord. Calling the shift “game-changing,” Gross said that more than five decades of history had shown that the previous U.S. approach to its old foe wasn’t effective.

Appearing in decent health and walking without support, Gross spoke to reporters at a Washington law office shortly after a U.S. plane flew him from Cuba back to the U.S. He flashed a broad grin with missing teeth — lost during his imprisonment — after taking an admiring glance at the American flags posted behind him and taking note that his release came on the first day of Chanukah.

Despite his harrowing experience, Gross said he had the utmost respect for the Cuban people and said he was pained “to see them treated so unjustly.”

“In no way are they responsible for the ordeal to which my family and I have been subjected,” Gross said, describing the vast majority of Cubans as “incredibly kind, generous and talented.”

Gross, 65, was freed from prison Wednesday as part of an agreement that included the release of three Cubans jailed in the United States, officials said. Upon arriving at Andrews Air Force Base, Gross was welcomed by U.S. lawmakers and met with Secretary of State John Kerry, who had just returned from Europe.

Gross described sitting next to Kerry as the two watched President Barack Obama speak about the work that Kerry will undertake as the U.S. restores relations — such as the establishment of a U.S. Embassy in Havana and a reconsideration of Cuba’s inclusion on a U.S. list of state sponsors of terrorism.

Speaking alongside his wife, Gross also appealed for “complete and total privacy” as he recovers from his time imprisoned.

Before his release, Gross’ family members said that he never grew angry at the Cuban people during his five years in prison. On Friday nights, Gross would take out a picture of a group of friends celebrating Shabbos and he would say the prayers they used to say together.

While in Cuban custody, Gross lost more than 100 pounds, developed problems with his hips and lost most of the vision in his right eye. In April 2014, after an AP story revealed that USAID secretly created a “Cuban Twitter” communications network to stir unrest on the island shortly after Gross was arrested, he went on a hunger strike for more than a week.

His mother, who was in her 90s, persuaded him to start eating again. But she died in June 2014. Despite pleas from his family, Gross was not allowed to return to the United States for her funeral. After her death, he became withdrawn.

His wife and the younger of two daughters visited him in prison earlier in the year and he said goodbye.