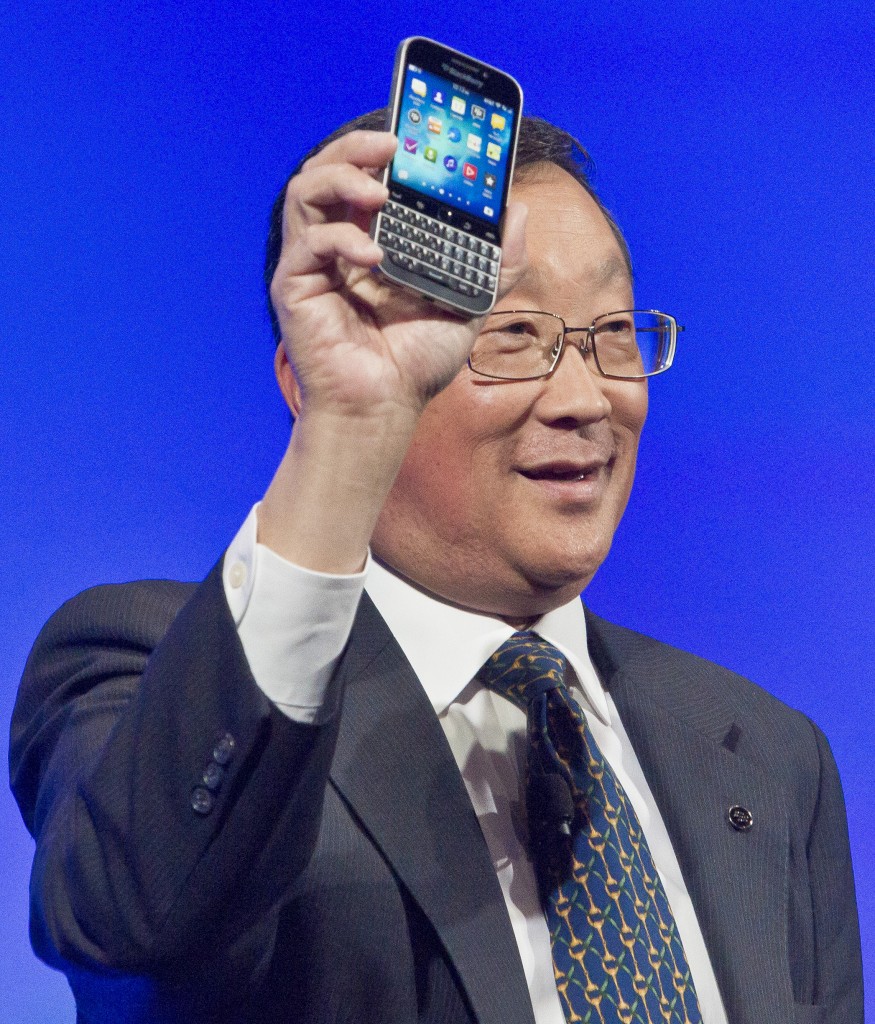 BlackBerry is returning to its roots with a new phone that features a traditional keyboard at a time when rival Apple and Android phones – and most smartphone customers – have embraced touchscreens.

With the Classic, BlackBerry is courting its core customer, the business user. The physical keyboard is something traditional BlackBerry users prefer because they find it easier than touchscreens to type with. The company is also emphasizing battery life and security.

“A lot of people say the Classic is aiming for loyal customers. And that is true,” CEO John Chen said at the gadget’s launch event, tellingly held in New York City’s Financial District. But he also invited people who haven’t used a BlackBerry, “especially people who are young,” to try the BlackBerry Classic.

Pioneered in 1999 with the launch of the RIM 950, BlackBerry changed the culture by allowing on-the-go business people to access email wirelessly. Then came a new generation of competing smartphones, and suddenly the BlackBerry looked ancient. Apple showed that phones can handle much more than email and phone calls. BlackBerry was late in overhauling its operating system to compete.

After commanding nearly a 50 percent share of the U.S. smartphone market as recently as 2009, BlackBerry now holds just a small fraction.

The company is trying to stay relevant on making hardware even as it tries to transform into an enterprise-security and consumer-software company. Whether the Classic will sell enough to keep it in the hardware business is unclear.

“It’s going to be a niche product based around enterprise, based around security and pockets of the world where there is still strengths. The future of this company is not the hardware,” BGC analyst Colin Gillis said.

The BlackBerry Classic is available for sale starting Wednesday for $449 in the U.S through Amazon.com and BlackBerry.com. It will come later to AT&T and Verizon.

BlackBerry has been expanding its efforts to sell mobile-security software on its rivals’ smartphones and tablets to help counter the waning popularity of its own devices.

And on the hardware side, BlackBerry partnered with Foxconn, the Taiwanese company that assembles products in vast factories in China. Foxconn, known for its manufacturing contract work on Apple’s iPhones and iPads, jointly designs and manufactures most BlackBerry devices and manages inventory of the devices in an agreement that offloads much of BlackBerry’s manufacturing costs. Foxconn is making the Classic for BlackBerry.

Chen, who took over as chief executive 13 months ago, has set a goal of selling 10 million phones a year. In comparison, Apple sold 39.3 million iPhones over three months in the third quarter.