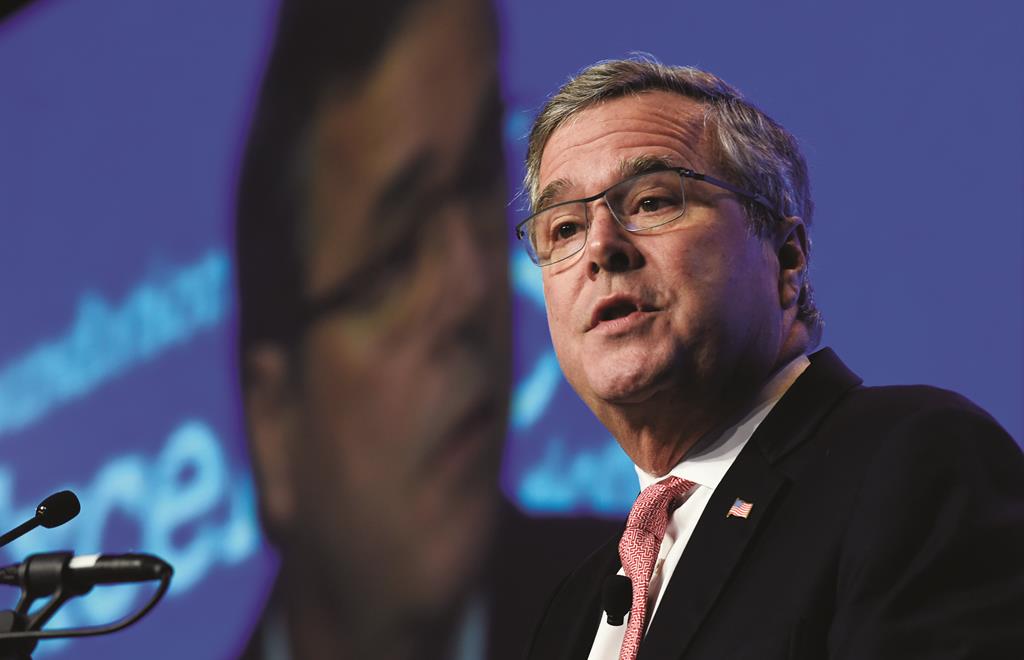 Former Florida Gov. Jeb Bush announced Tuesday he will “actively explore” a campaign for president, an early move that could pre-empt some other Republicans with White House aspirations in the bidding for big donations and public support.

In a message posted online, the son and brother of Republican presidents said he had discussed the “future of our nation” and his own prospective bid for the White House with members of his family over the Thanksgiving holiday.

“As a result of these conversations and thoughtful consideration of the kind of strong leadership I think America needs, I have decided to actively explore the possibility of running for president of the United States,” Bush wrote.

Bush’s announcement is sure to reverberate throughout Republican politics and begin to sort out a field that includes more than a dozen potential candidates, none of whom have formally announced plans to run. It overshadowed comments from former New York Gov. George Pataki, who told the New York Daily News in a story published Tuesday he was “very seriously” considering a bid.

Should Bush ultimately decide to run, he could tap into his family’s vast political network, and his campaign would attract strong support from the same donor pool that other establishment-minded Republicans would need. A Bush campaign also could affect the plans of several Republican governors, including New Jersey’s Chris Christie and Wisconsin’s Scott Walker.

“I don’t think it will affect their willingness to run, but it will affect to some extent their ability to raise money,” said Fred Malek, the finance chairman of the Republican Governors Association.

A Bush candidacy also has the potential to affect Florida Sen. Marco Rubio, who came up through that state’s politics as a strong Bush supporter and is considering whether to seek re-election to the Senate or run for president in 2016.

Kristy Campbell, a spokeswoman for the 61-year-old Bush, said he had not yet made a final decision. She said he would announce that decision next year “after gauging support” for a run.

“This is a natural next step and represents a new phase of his consideration process,” Campbell said.

That phase will include an expansion of Bush’s political operations. He said Tuesday he will start his own leadership political action committee in January, which will allow him to raise money that can pay for his travel and the infrastructure of a nascent campaign, including office space and some broad polling.