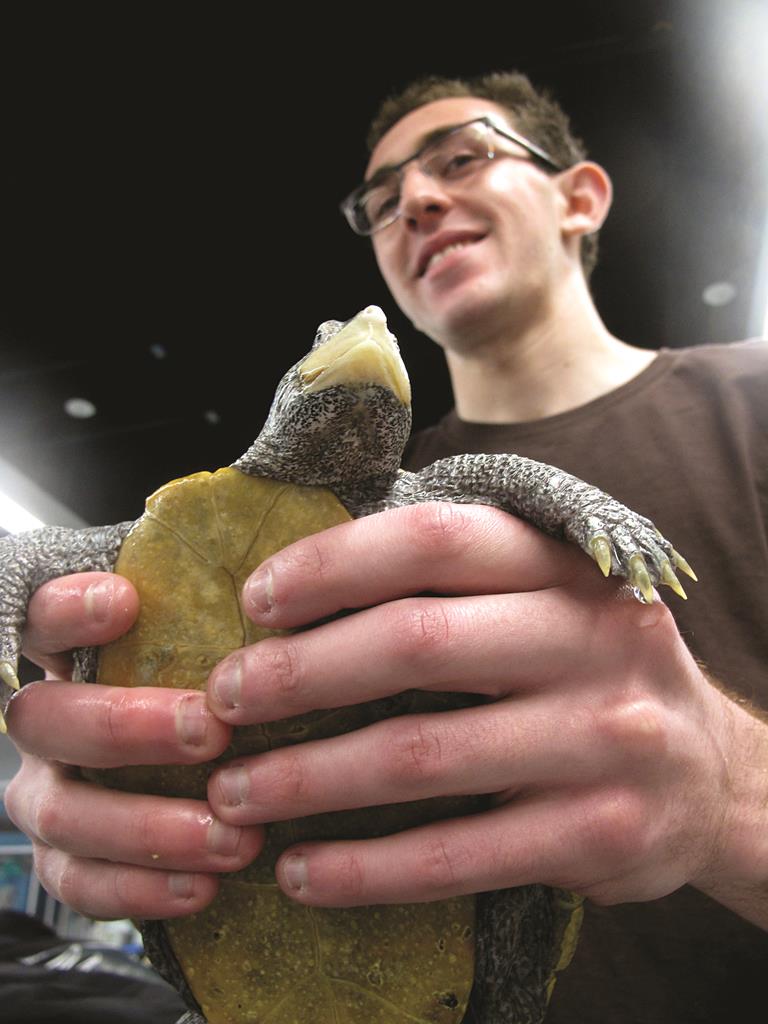 The slow and steady efforts of students at a New Jersey shore environmental science school to protect turtles are about to pay off.

They’ve gotten state legislators to introduce a bill making it illegal to catch or take diamondback terrapins from the wild, and requiring the state to investigate ways to protect their population.

Students at Manahawkin’s Marine Academy of Technology and Environmental Science have been studying and trying to protect terrapins since 2002, educating the public about them and researching the turtles’ numbers.

Cars kill many turtles each year, and their habitat in coastal marshes is shrinking.

Michael Signorelli says he and other students in the school’s Project Terrapin are excited at the prospect of legal protection for the animals that they’re studied and cared for over the years. The bill would remove terrapins from the state’s game list, ending a confusing regulatory situation that once had them listed as a species of special concern, but also on the list of animals approved for hunting.

“It’s a good lesson in civics,” Van Drew said. “They had an idea and reached out and now they’re actually making something good happen.”