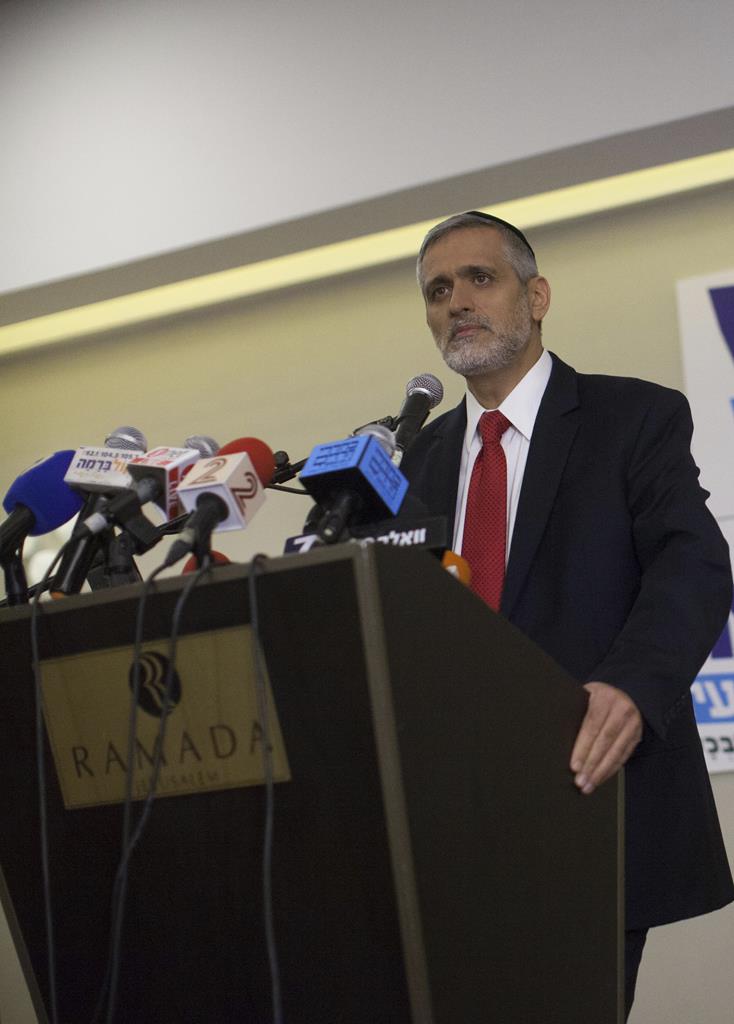 Former Shas leader Eli Yishai announced Monday evening that he is establishing a new political party, to be called Yachad (Together).

“The people are with us because they want unity,” Yishai said during a press conference.

Shas was Yishai’s political home for the past 30 years.

Yoni Chetboun, who resigned from the Jewish Home party on Sunday, will be joining Yishai’s new party.

At the press conference, Chetboun said that Yachad will represent a “unity of religious, chareidi and traditional” Jewry.

“Concern for the disadvantaged and strengthening Jewish heritage is our party’s agenda. It is the message the people are crying out for,” Chetboun said, adding that he is “more than happy to join forces with Eli Yishai.”

Chetboun earned praise from the chareidi community — and censure within his own party — after he was the only Jewish Home member to vote against the bill for drafting yeshivah students into the military.

The Shas Party, led by MK Aryeh Deri, came out with a statement saying that they are sorry Rabbi Eli Yishai has decided to leave the movement. Shas is preparing itself for the election under the leadership of Moetzet Chachmei HaTorah.