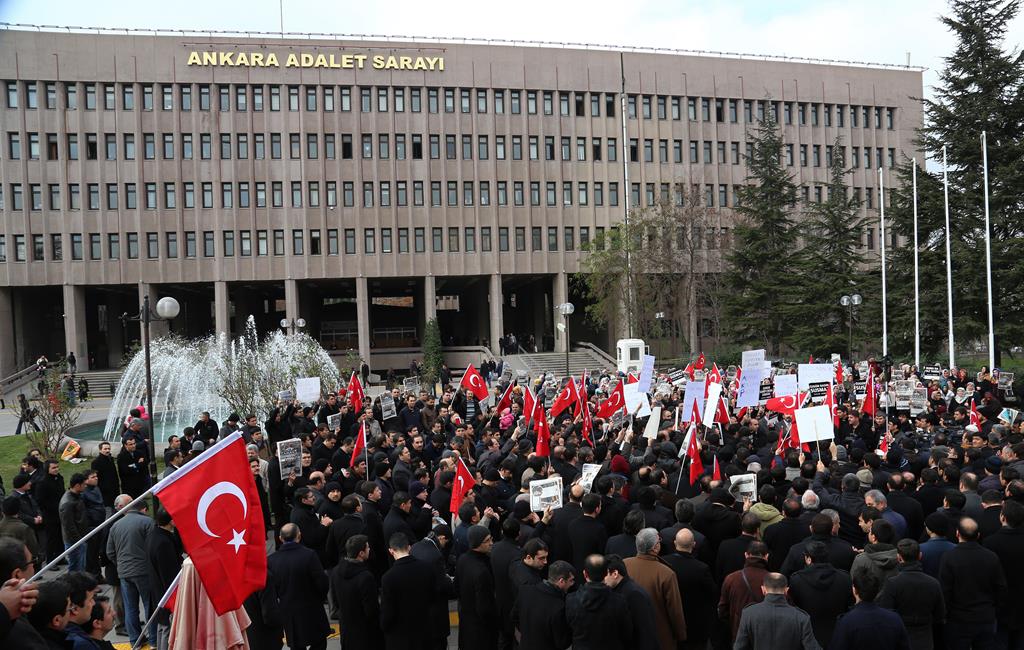 Turkish President Tayyip Erdogan on Monday defended weekend raids on media outlets close to a U.S.-based Muslim cleric as a necessary response to “dirty operations” by the government’s political enemies, and told a critical European Union to mind its own business.

Sunday’s raids on the Zaman daily and Samanyolu media station marked an escalation in Erdogan’s battle with former ally Fethullah Gulen. The two have been in open conflict since a corruption probe targeting Erdogan’s inner circle a year ago, which Erdogan blamed on Gulen.

He accuses the cleric of establishing a ‘parallel’ structure in the state through his supporters in the judiciary, police and other institutions, and of wielding influence through the media. Gulen denies any ambition to overthrow Erdogan.

“They cry press freedom, but [the raids] have nothing to do with it,” Erdogan said, speaking at an oil refinery near Istanbul.

The European Union, which Turkey is seeking to join, said the media raids ran counter to European values. EU Enlargement Commissioner Johannes Hahn described them as “not really an invitation to move further forward” with Turkey.

Thousands of police officers and hundreds of judges and prosecutors suspected of loyalty to Gulen have been reassigned since the corruption scandal emerged almost exactly a year ago.