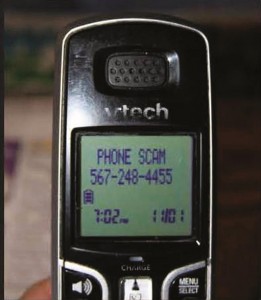 Scammers who manipulate how their phone number appears on caller ID could face a $10,000 fine under a measure unanimously approved by the Assembly.

The bill passed Monday makes it unlawful for any person in the state to knowingly transmit inaccurate caller ID information.

The bill stems from constituents of Assemblyman Carmelo Garcia who reported calls they thought were from known numbers but turned out to be bogus. It would levy fines of up to $10,000 for a first offense and up to $20,000 for each further offense.

This article appeared in print on page 5 of the December 16th, 2014 edition of Hamodia.