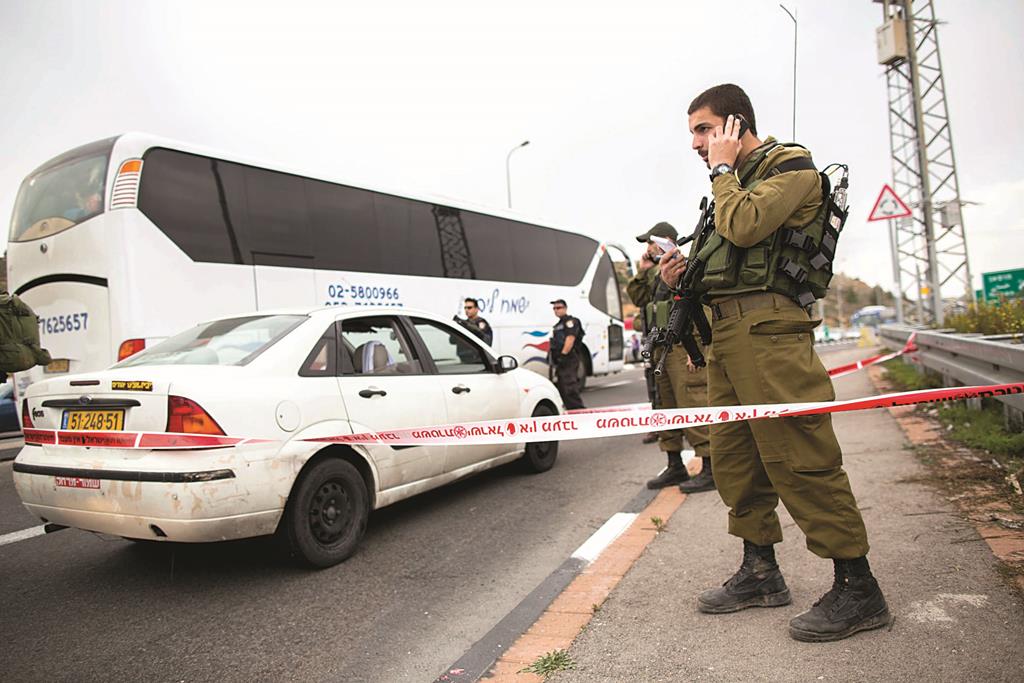 A Palestinian man threw a chemical substance believed to be acid at a Jewish family from Beitar Illit on Friday afternoon, injuring two adults and four children.

Four girls ages eight to 10, a woman and a hitchhiker the family picked up all sustained light burns in the incident, which occurred at the El-Khader junction, near the Minharot checkpoint, on Route 60, near Beitar Illit.

A passerby who came to their rescue, shot and wounded the attacker in the leg.

Moshe Kamon, from Gush Etzion, in his forties, suffered light-to-moderate injuries to his face and eyes.

The car had stopped to give Kamon a ride. As he was getting into the car, “the terrorist asked me ‘What time is it?’” Kamon recounted. “Then he threw a chemical substance into my face.”

He then attempted to attack another pedestrian with a screwdriver, chasing him down the road before being spotted by border police, who rushed to intercept the terrorist.

The assailant was then shot and wounded and taken to the hospital.

Police spokeswoman Luba Samri said the attacker had “poured an unknown substance suspected to be acid on a Jewish family.”

There was no immediate claim of responsibility for the attack.

That incident came just hours after a suspected attempted car attack in Shomron, north of Jerusalem.

In that incident, a Palestinian driver drove his car directly into a bus stop in an apparent attempt to run over a group of soldiers. However, the car smashed into a concrete barrier in front of the bus stop — a precaution implemented at stops across the country following a spate of similar car attacks — leaving the driver moderately wounded.

The soldiers were unharmed.

In another incident, an explosive device was hurled at an IDF checkpoint at the Gilboa crossing. It exploded but, b’chasdei Shamayim, no one was hurt.