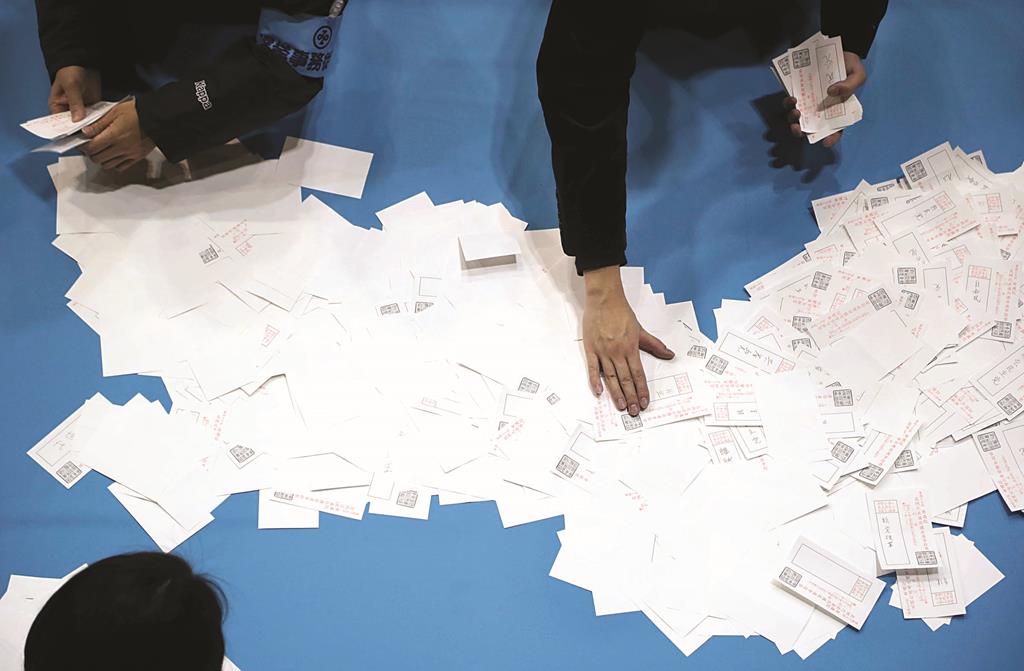 The conservative Liberal Democratic Party, which has ruled for most of the post-World War II era, locked up a solid majority, and appeared headed to winning at least two-thirds of the House of Representatives together with its coalition partner, the Buddhist-backed Komei party.

In a series of interviews from party headquarters, Abe said his top priority was the economy. “Economy first,” he told national broadcaster NHK, adding that he would also tackle other major issues, including national security.

The U.S. government hopes Abe will be able to win passage of a series of bills needed to expand Japan’s military role, so that it can play a bigger part in their alliance. A heated debate is expected when parliament takes up the legislation, likely after local elections in April.

The big victory will give a boost to Abe’s agenda, including economic reforms, nuclear plant restarts and his long-term goal of revising Japan’s constitution. But opposition from vested interests and sizeable segments of the public could still stymie his plans.