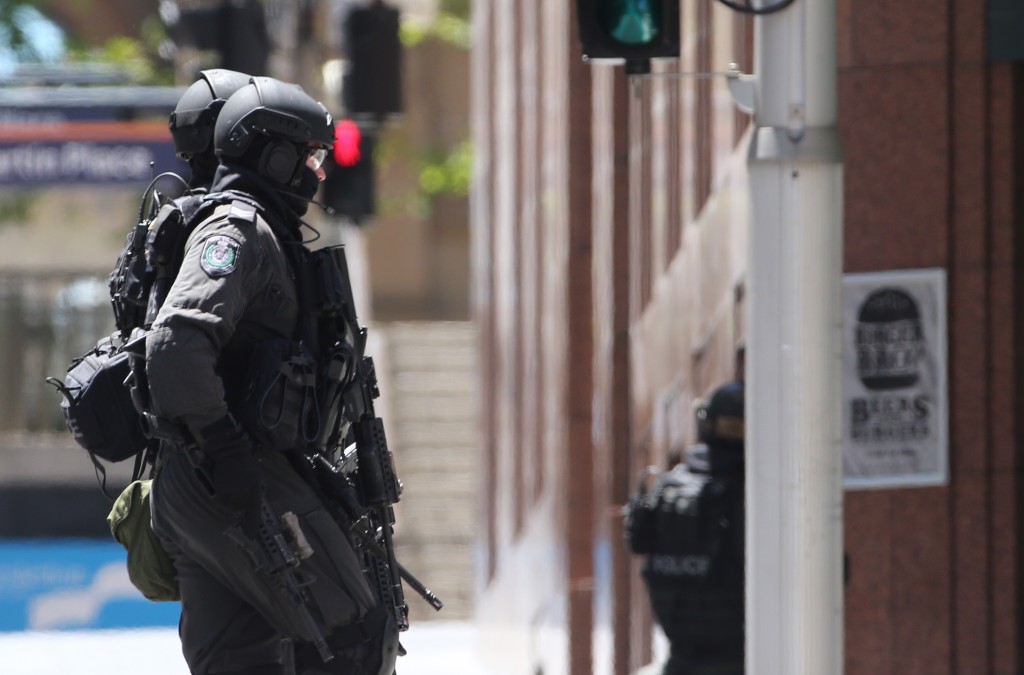 Hostages were being held inside a central Sydney cafe where a black flag with white Arabic writing could be seen in the window, local media showed on Monday (Australian time), raising fears of an attack linked to Islamic terrorists .

Prime Minister Tony Abbott said he was convening a meeting of the cabinet’s national security committee for a briefing on what he called a hostage situation in Australia’s commercial capital.

Australia, which is backing the United States and its escalating action against Islamic State in Syria and Iraq, is on high alert for attacks by radicalized Muslims or by home-grown terrorists returning from the conflict in the Middle East.

Live media footage showed patrons inside the cafe standing with their hands pressed against the windows. A black and white flag similar to those used by Islamic State terrorists in Iraq and Syria was also visible.