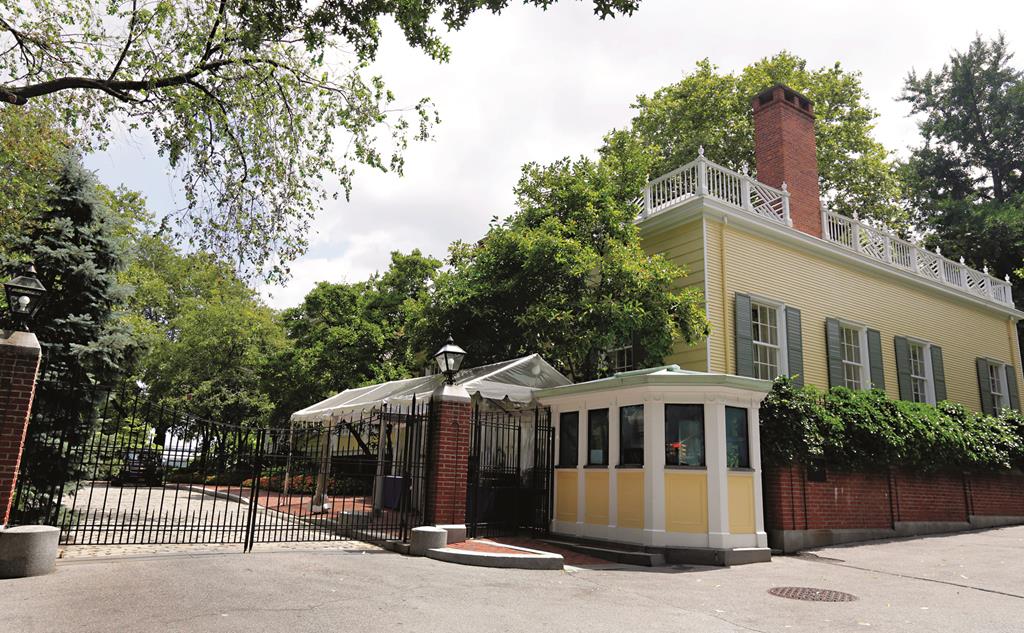 The new fence at the 18th century house, which sits in a public park in the Upper East Side, is being built inside an existing brick wall and wrought-iron fence. The new barrier is about 3 feet higher. Work began in October and was finished last month.