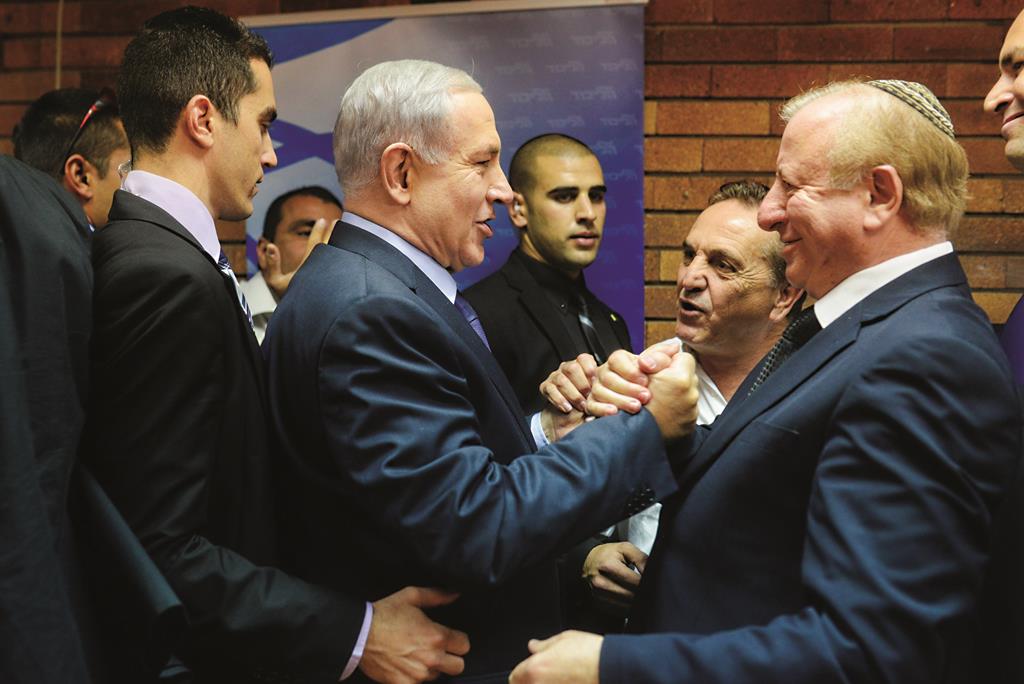 In a convincing demonstration that he has not lost his grip on the levers of Likud party power, Israeli Prime Minister Binyamin Netanyahu carried his proposal for early primaries by a vote of 1,567 to 835 on late Wednesday night.

Likud Central Committee members endorsed the rescheduling from January 6 to December 31 — the same day the party will decide on the makeup of its slate of candidates for the March Knesset election.

The victory came after rebellious elements at a party conference Tuesday night challenged the prime minister’s proposals in a raucous atmosphere, and a legal move to seeking a court injunction failed as well.

Former Likud No.2, Gideon Saar ended weeks of speculation about possibly running against Netanyahu for the chairmanship with an announcement on Thursday that he will not do so.

“Over the last few days I received many touching overtures from friends in the Likud and citizens who called me to return from my timeout from politics that I declared three months ago and run for leader of Likud,” Saar said.

“I listened to everyone, studied a lot, sought advice and considered the issue seriously.”

The proposal to move up the election of Likud chairman was widely understood to be aimed at Saar, giving him less time to organize an effective challenge. Saar objected that it was unfair to change the rules in the middle of the game.

Sources close to Kahlon said his candidates would be revealed at a launch event next week.