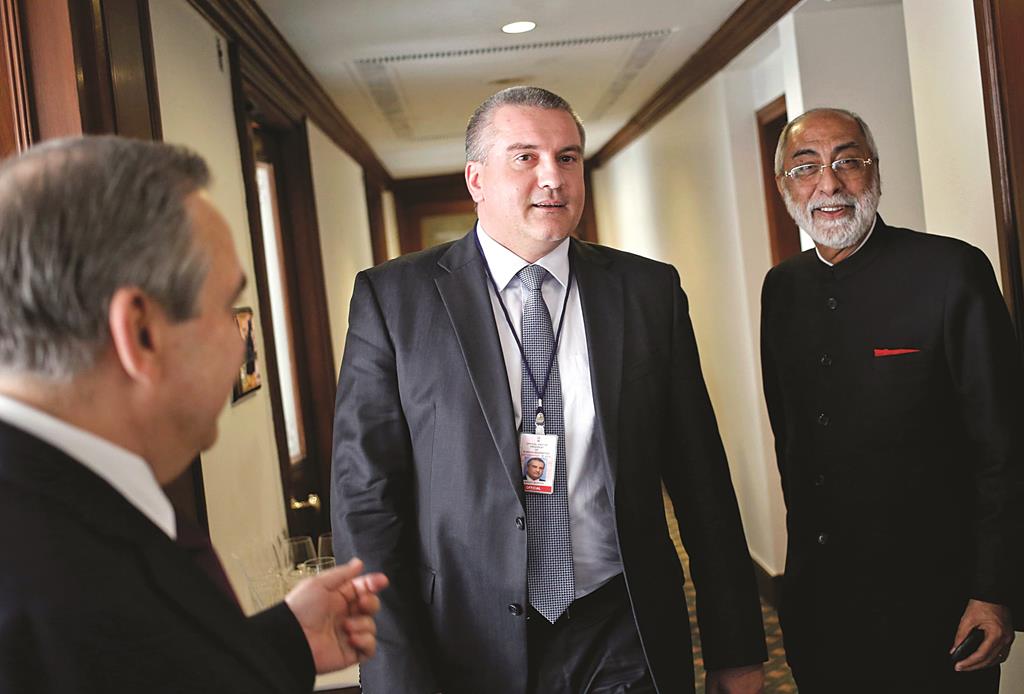 The leader of Crimea, the former Ukrainian territory annexed by Russia, visited India on Thursday as a member of President Vladimir Putin’s annual summit delegation, and the United States said it found the reports troubling.

India does not back Western sanctions against Russia, but the unofficial trip by Sergey Aksyonov could spoil the mood before Prime Minister Narendra Modi hosts U.S. President Barack Obama for India’s Republic Day festivities in January.

State Department spokeswoman Jen Psaki said the United States was “troubled” by reports that Aksyonov may have been part of Putin’s delegation and was seeking more information.

Psaki also referred to reports of new nuclear and defense deals between India and Russia and reiterated Washington’s view that it was “not time for business as usual with Russia”.