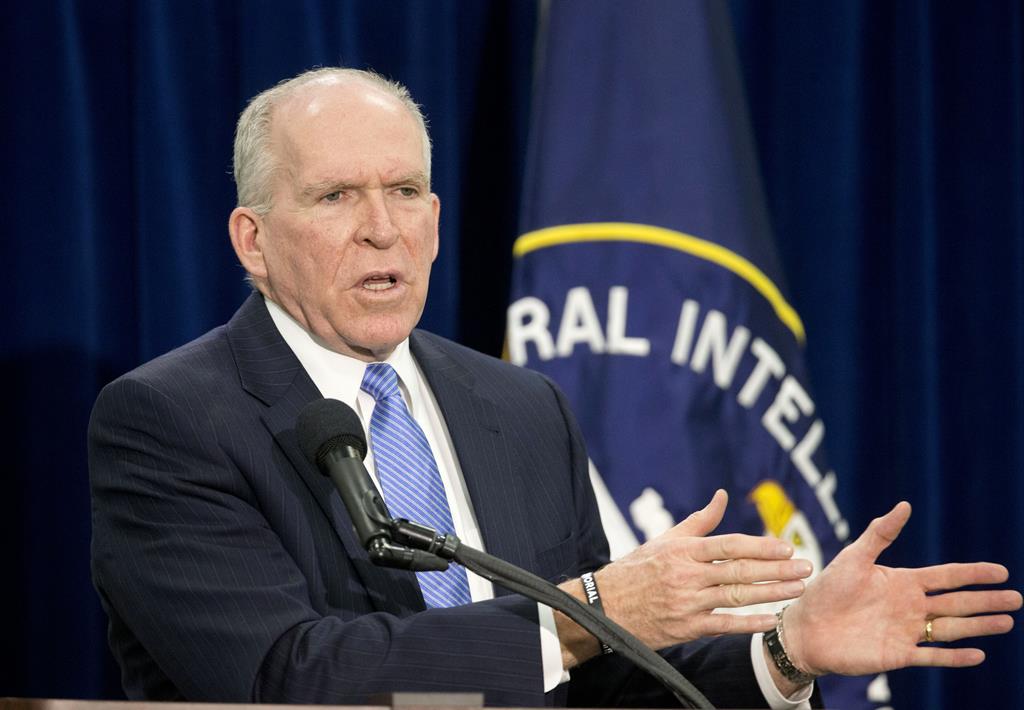 At the heart of Brennan’s case is a finely tuned argument: that while today’s CIA takes no position on whether the brutal interrogation tactics themselves led detainees to cooperate, there is no doubt that detainees subjected to the treatment offered “useful and valuable” information afterward.

He declined to define the techniques as torture, refraining from even using the word in his 40 minutes of remarks and answers. Obama banned torture when he took office.

He also appeared to distinguish between methods that were approved by the Department of Justice at the time, and those that were not. He did not discuss techniques by name.

But Brennan defended the overall detention of 119 detainees as having produced valuable intelligence that, among other things, helped the CIA find and kill Osama bin Laden.

Brennan stressed that the CIA after the attacks of Sept. 11, 2001, was in “uncharted territory,” having been handed vast new authorities by a president determined to thwart the next al-Qaida attack.