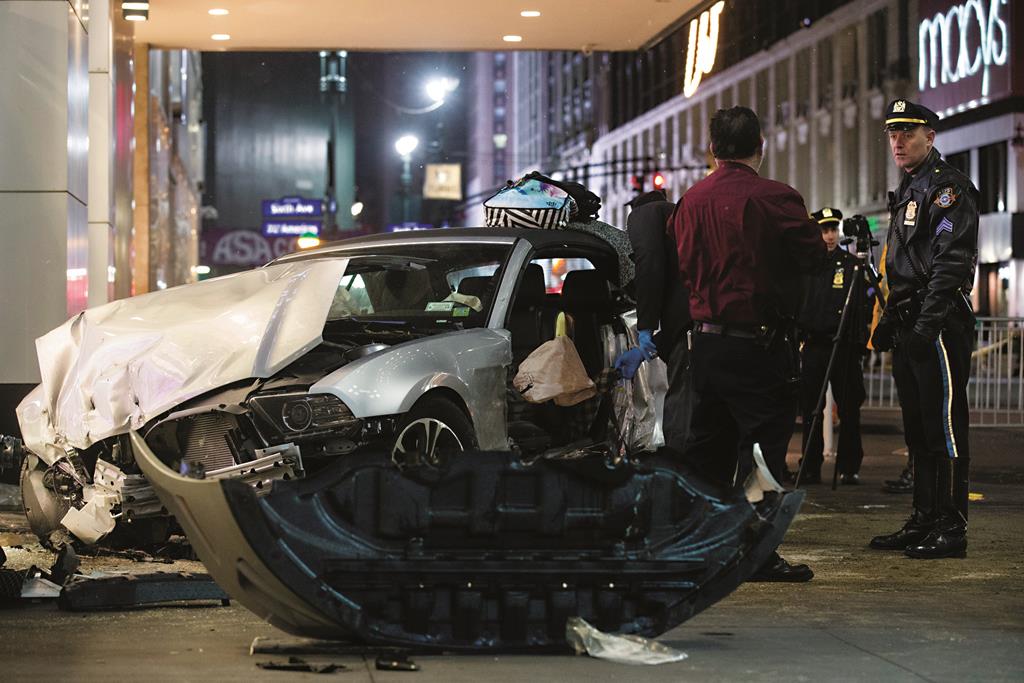 All seven were hospitalized with serious but non-life-threatening injuries.

Police say the driver is in custody for possible drunken driving. She was traveling eastbound on 34th Street when she rear-ended a vehicle. She then backed up, entered the westbound lanes heading the wrong way and struck another vehicle.

The car then mounted the sidewalk, hitting the pedestrians.