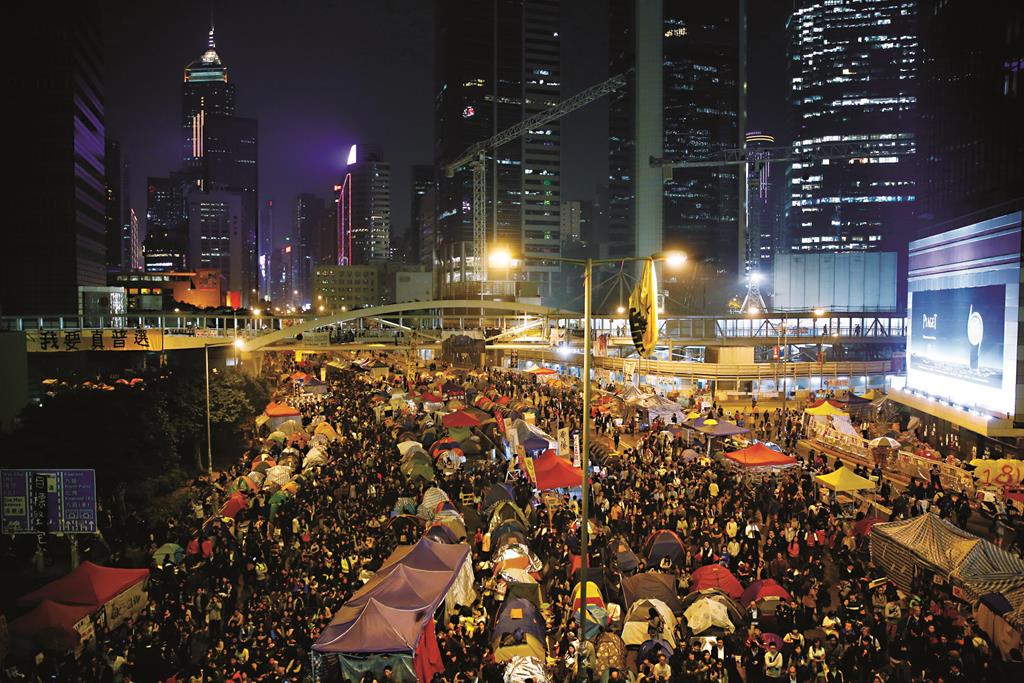 Bowed but not broken, thousands of Hong Kong pro-democracy protesters held what looked to be the final rally of this phase of their campaign Wednesday night as police prepared to clear the demonstrators’ remaining street encampments after daybreak.

Amid chants including “We will be back!” student leaders of the dramatic demonstrations acknowledged that their 74-day sit-in had not forced government leaders in Hong Kong and Beijing to capitulate to their demands. But they thanked supporters and expressed determination to keep up their fight, while suggesting that the events of fall 2014 would leave this semi-autonomous Chinese territory forever changed.

“We cannot lie to ourselves to say we achieved partial victory,” 18-year-old Joshua Wong, head of the Scholarism student group, told supporters massed near government headquarters in the Admiralty district. “In reality, the government has not conceded a single thing.”

But he insisted that the final chapter was yet to be written: “Even if authorities now control our fate, one day we will control their fate,” he said.

Alex Chow, head of the Hong Kong Federation of Students, a college group that, along with Scholarism, has had a leading role in the protest movement, said demonstrators would not leave the site until the last possible minute.

“We’ll resist till the last moment,” he said. “As long as the government sticks to its decision, we will adopt an approach of civil disobedience.”

The remaining encampments span about half a mile of highway in the heart of the city’s financial and government district.

A local bus company obtained a court order this week allowing the clearance operation to proceed. Government headquarters will be closed Thursday, and some employees of businesses in the area were told to work from home.

In forcibly removing demonstrators from the much smaller, six-block protest site of Mong Kok last month, officers used batons and pepper spray and arrested more than 150 people. More arrests are expected Thursday, as two dozen legislators from the so-called pan-democratic parties that have supported the protests said they would wait for police to haul them off the streets.

How the police handle Thursday’s operation will be closely watched. Twenty members of the city’s Independent Police Complaints Council were expected to monitor the action, following hundreds of requests from the public.