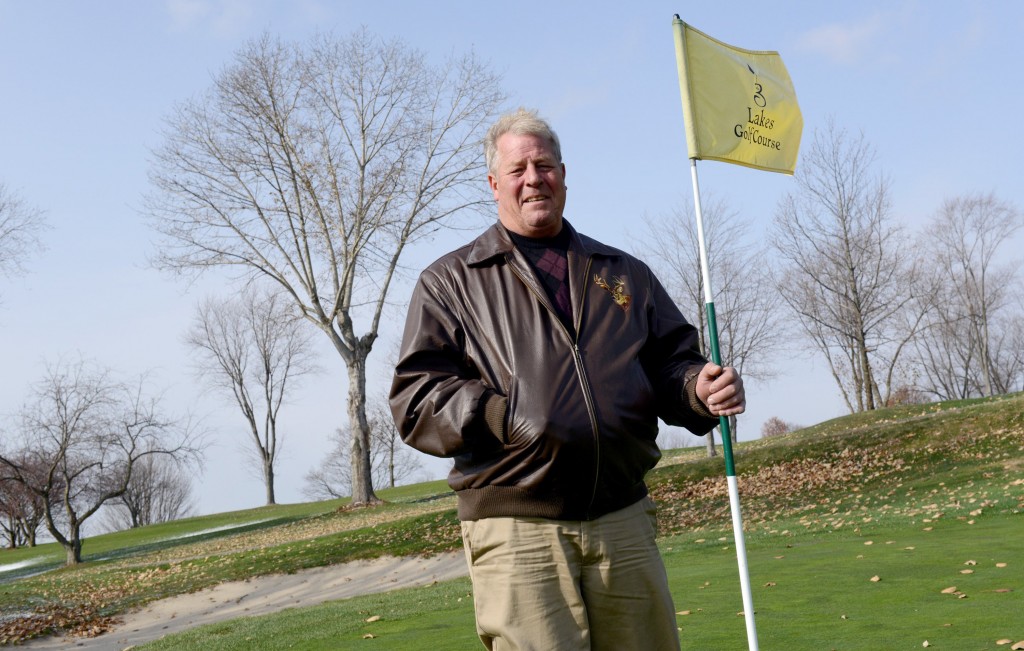 For close to 90 years, the former Alcoma Golf Club in the suburban Pittsburgh town of Penn Hills catered to a small clientele of private members who could play on a noncrowded course whenever they wanted to and take long lunches sipping cocktails at the clubhouse while they enjoyed the benefit of writing it all off as a tax deduction.

By the time Art Hawk bought the 152-acre golf course in October 2007, the club’s heyday had just about come to an end. Tax rules had changed. Old club members were dying off, new members were harder to attract and revenue was going downhill.

Hawk bought the golf course from the other members for $2.2 million, and within a year had turned things around.

He changed the name to 3 Lakes Golf Course and converted what used to be a private enclave for bankers, small-business owners and professionals to a public golfing facility where anyone can tee up for about $25.

“We have a lot more players now, being public,” said Megan Hawk, internal auditor at 3 Lakes. “It’s a nice way to keep the community involved in the course. The number of rounds is increasing and more people who play here are telling their friends, ‘The old Alcoma is public now. Let’s play there.’ ”

Golf courses across the nation are finding it harder to stay in business in light of more middle-class families scaling back on expenses and tax-law changes in 1994 that eliminated or reduced deductions for corporate or individual memberships at private country clubs.

Today, many private courses have had to adapt to changing times. Some have been forced to either open their doors to the public or to shut down, with the land often being sold for housing developments.

Meanwhile, some others, like Alcoma, have made the switch from private to semi-private to full-blown public golf courses.

“Golf was such a booming industry here at one time,” said Jason Batchelor, superintendent at Grand View Golf Club, a historically public golf course. “It seems like things starting going in a bad direction almost around the Sept. 11 terrorist attacks, when the economy dipped. The first thing people take out of the budget when the economy dips is golf membership.

“But at courses like ours, guys will still play their 9 or 18 holes and not be committed to high membership dues,” he said. “We have weathered the storm better than some of the low-end private golf courses.

But “we are struggling, too,” he said. “There was a time when they were building new golf courses left and right. But right now there is not a golf course I know of being built east of the Mississippi.”

When Hawk made a bid to purchase Alcoma, two other bidders also wanted the property. One wanted to build a hotel, and the other proposed housing. The club members accepted Hawk’s bid largely because he wanted to continue the property’s legacy as a golf course.

While private clubs across the region are scrambling to boost their cash flow by marking down membership fees and promoting memberships with no initiation fees, the best-known and most-selective clubs appear to be the least affected.

But for the most part, private clubs that insist on doing business as usual are finding it difficult.

The growing trend of golf courses going from private to public has opened doors for players and club owners.

When First Commonwealth Bank foreclosed on the 82-acre Brackenridge Heights Country Club in September 2011, the owners of Tomson Scrap Metal Co. bought the property from the bank in November and turned it into a public club after it had been members-only for 98 years.

The Tomson family renovated the clubhouse and reopened the 9-hole course in June 2013.

“This is a beautiful piece of land. We couldn’t pass it up. There’s endless opportunity here,” said Rubus Tomson, a partner. “We wanted to give this a try and see where it goes.”

The Tomsons charge $15 per person to play on the course, $25 in-season. The fee includes a golf cart.