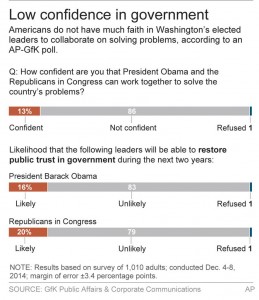 Top spies past and present campaigned Wednesday to discredit the Senate’s investigation into the CIA’s torture practices after 9/11, battling to define the historical record and deter potential legal action around the world.

The Senate intelligence committee’s report doesn’t urge prosecution for wrongdoing, and the Justice Department has no interest in reopening a criminal probe. But the threat to former interrogators and their superiors was underlined as a U.N. special investigator demanded those responsible for “systematic crimes” be brought to justice, and human rights groups pushed for the arrest of key CIA and Bush administration figures if they travel overseas.

Current and former CIA officials pushed back, determined to paint the Senate report as a political stunt by Senate Democrats tarnishing a program that saved American lives. It is a “one-sided study marred by errors of fact and interpretation — essentially a poorly done and partisan attack on the agency that has done the most to protect America,” former CIA directors George Tenet, Porter Goss and Michael Hayden wrote in a Wall Street Journal opinion piece.

Hayden was singled out by Senate investigators for what they said was a string of misleading or outright false statements he gave in 2007 about the importance of the CIA’s brutal treatment of detainees in thwarting terrorist attacks. He described the focus on him as “ironic on so many levels” as any wrongdoing predated his arrival at the CIA. “They were far too interested in yelling at me,” Hayden said in an email to The Associated Press.

The CIA is now in the uncomfortable position of defending itself publicly, given its basic mission to protect the country secretly. Its 136-page rebuttal suggests Senate Democrats searched through millions of documents to pull out only the evidence backing up pre-determined conclusions. “That’s like doing a crossword puzzle on Tuesday with Wednesday’s answer’s key,” the CIA said in an emailed statement.

Poring over the same body of evidence as the investigators, the CIA insisted most of the 20 case studies cited in the Senate report actually illustrated how enhanced interrogations helped disrupt plots, capture terrorists and prevent another 9/11-type attack. The agency said it obtained legal authority for its actions from the Justice Department and White House, and made “good faith” efforts to keep congressional leaders informed.

This article appeared in print on page 1 of the December 11th, 2014 edition of Hamodia.