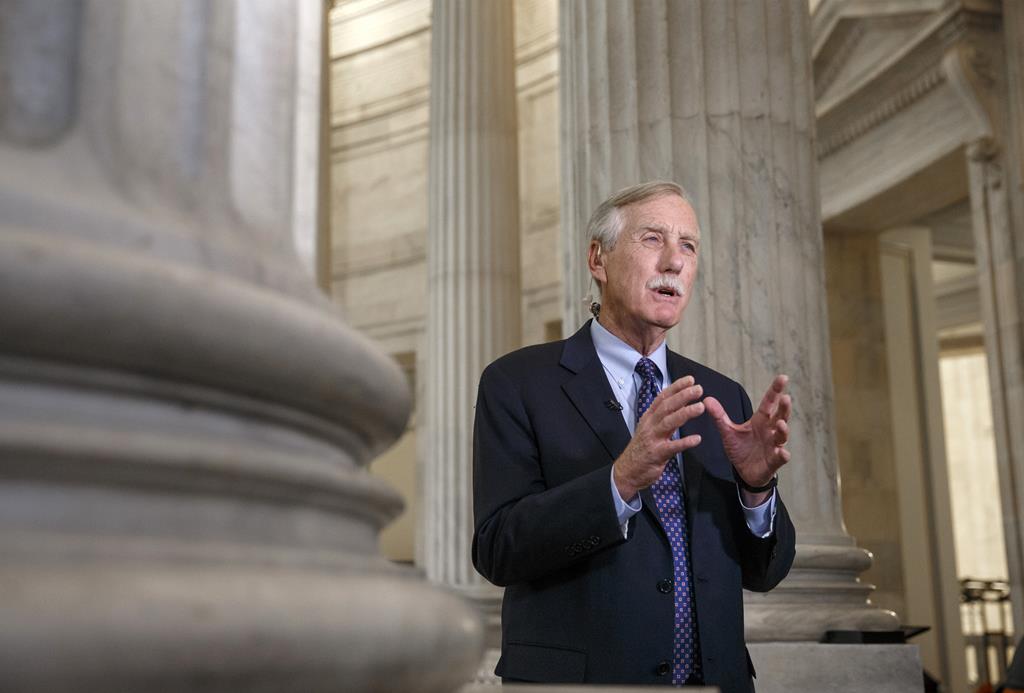 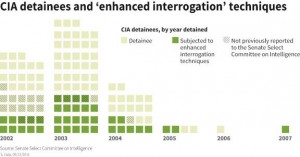 The United States brutalized scores of terror suspects with interrogation tactics that turned secret CIA prisons into chambers of suffering and did nothing to make America safer after the 9/11 attacks, Senate investigators concluded Tuesday.

The Senate Intelligence Committee’s torture report, years in the making, accused the CIA of misleading its political masters about what it was doing with its “black site” captives and deceiving the nation about the effectiveness of its techniques.

The report was the first public accounting of tactics employed after the Sept. 11, 2001, terrorist attacks, and it described far harsher actions than had been widely known.

Tactics included confinement to small boxes, weeks of sleep deprivation, simulated drowning, slapping and slamming, and threats to kill  or harm families of the captives.

The report produced revulsion among many, challenges to its veracity among some lawmakers, and a sharp debate about whether it should have been released at all.

GOP Sen. John McCain, tortured in Vietnam as a prisoner of war, was out of step with some fellow Republicans in welcoming the report and endorsing its findings.

“We gave up much in the expectation that torture would make us safer,” he said in a Senate speech. “Too much.”

President Barack Obama declared the past practices to be “contrary to our values” and pledged, “I will continue to use my authority as president to make sure we never resort to those methods again.”

Sen. Dianne Feinstein of California, the Democratic committee chairman whose staff prepared the summary, branded the findings a stain on the nation’s history.

“Under any common meaning of the term, CIA detainees were tortured,” she declared, commanding the Senate floor for an extended accounting of the techniques identified in the investigation.

The “enhanced interrogation techniques” didn’t produce the results that really mattered, the report asserts in its most controversial conclusion. It cites CIA cables, emails and interview transcripts to rebut the central justification for torture — that it thwarted terror plots and saved American lives.

In a statement, CIA Director John Brennan said the agency made mistakes and has learned from them.

But he also asserted the coercive techniques “did produce intelligence that helped thwart attack plans, capture terrorists and save lives.”

George Tenet, who was CIA director at the time, said in an interview, “We know that the program led to the capture of al-Qaida leaders and took them off the battlefield, that it prevented mass casualty attacks and that it saved thousands of American lives.”

Top Republicans, including Senate GOP leader Mitch McConnell of Kentucky, agreed. But not Democrat Harry Reid of Nevada, the Senate majority leader. He said, “It got us nothing except a bad name.”

The report, released after months of negotiations with the administration about what should be censored, was issued as U.S. embassies and military sites worldwide fortified security in case of an anti-American backlash.

Earlier this year, Feinstein accused the CIA of infiltrating Senate computer systems in a dispute over documents as relations between the investigators and the spy agency deteriorated, the issue still sensitive years after Obama ordered a halt to any such interrogation practices upon taking office.

President George W. Bush approved the program through a covert finding in 2002, but he wasn’t briefed by the CIA about the details until 2006.