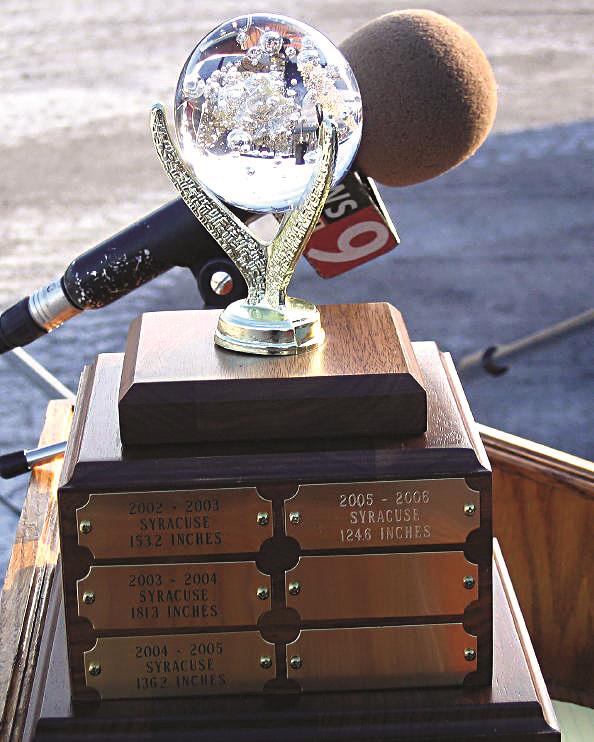 In the race for the snowiest big city in New York, it would seem that Buffalo is a shoo-in. But rules to win the Golden Snowball contest require snowfall measurements to be taken at the official National Weather Service station in each city. For Buffalo, that’s the airport in suburban Cheektowaga.

So while some areas just a few miles from the airport recorded 90 inches of snow the week of Nov. 17, the Buffalo airport received about 21 inches so far.

Meanwhile, Syracuse officially has received 10 inches, but a storm starting Tuesday is likely to dump up to a foot of snow on the region. Syracuse’s weather station is also at the airport, located just north of the city.

“It has to be official from the National Weather Service,” said Pat DeCoursey, who keeps tabs on the snow contests.