Regional Next Steps in Garner Death Probe in NYC
Regional 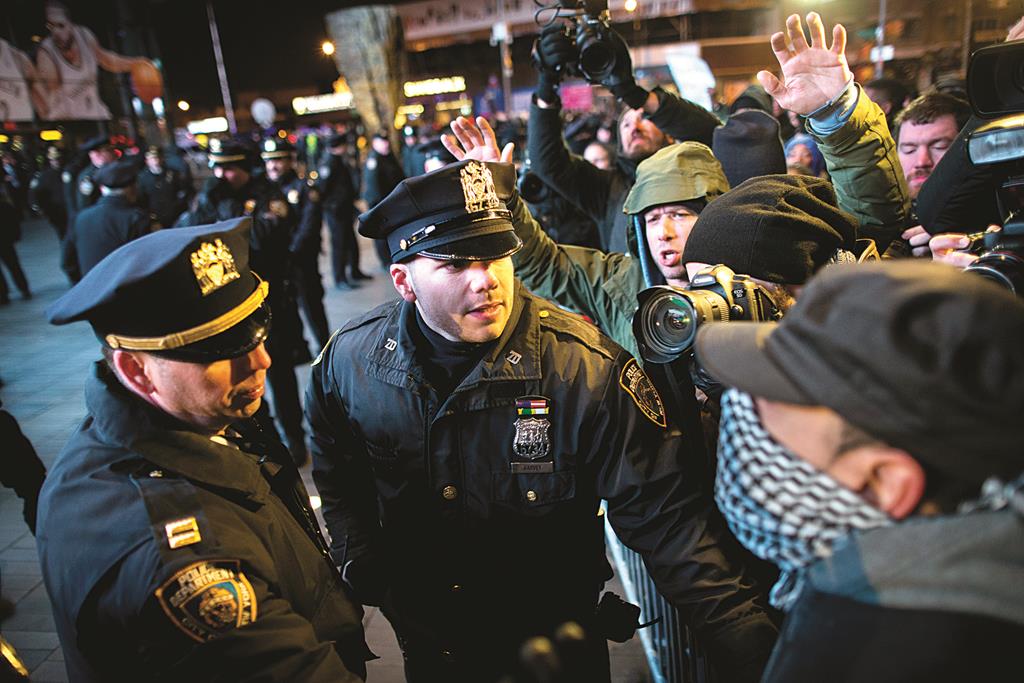 What happens next after a Staten Island grand jury’s decision not to indict Officer Daniel Pantaleo in the chokehold death of Eric Garner:

Pantaleo could face federal criminal charges. In 1998, police officer Francis Livoti was convicted of violating Anthony Baez’s civil rights in a 1994 chokehold case and sentenced to 7 1/2 years in prison. He had been acquitted of criminal charges by a state judge.

Pantaleo’s attorney and union have maintained that the officer used a takedown move taught by the police department, not a banned maneuver, because Garner was resisting arrest. They said Garner’s poor health was the main reason he died. “You cannot resist arrest, that’s a crime. Police officers do not have the option to walk away,” said Patrick Lynch, president of the Patrolmen’s Benevolent Association.

Pantaleo could face a departmental trial that could result in administrative charges like loss of vacation days or suspension, or dismissal.

Regardless of the administrative judge’s finding, the police commissioner has the final say on the officer’s future with the force. The officers involved in the shooting death of Sean Bell, who was killed on his wedding day, were fired after an internal affairs investigation. They had been acquitted at a bench trial of criminal charges.

Garner’s family filed a notice of claim in October, the first step in filing a civil suit against the city. Attorneys said the family will seek $75 million in damages alleging wrongful death, assault, emotional distress and negligent training.

Civil cases generally require a lower standard of proof than criminal cases. Jurors must find a preponderance of evidence, not proof beyond a reasonable doubt needed to convict in a criminal trial.

The family of Amadou Diallo, an unarmed man who was killed by police in 1999, settled with the city for $3 million in 2004 after filing a $60 million lawsuit. The city did not admit any wrongdoing. Garner family attorney Jonathan Moore said Thursday they had been waiting on the outcome of the state case before filing their lawsuit, and may wait on the federal case.