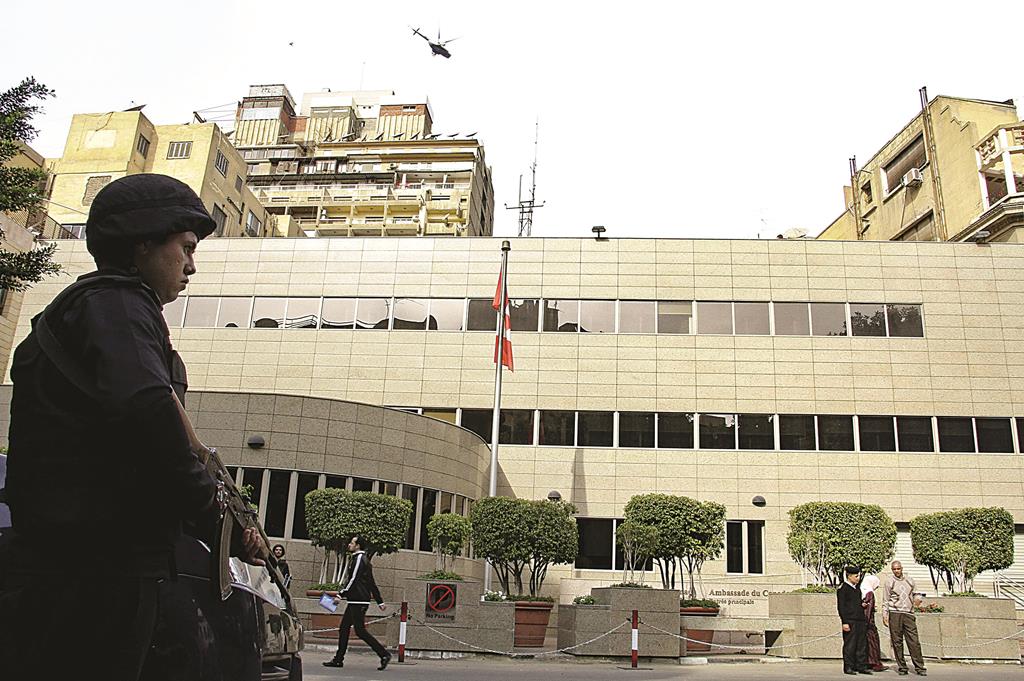 American embassies, military units and other U.S. interests are bracing for possible security threats related to Tuesday’s planned release of a report on the CIA’s harsh interrogation techniques, the White House says.

The report from the Senate Intelligence Committee will be the first public accounting of the CIA’s use of torture on al-Qaida detainees held in secret facilities in Europe and Asia in the years after the Sept. 11, 2001, terror attacks. The committee is expected to release a 480-page executive summary of the more than 6,000-page report compiled by Democrats on the panel.

“There are some indications that the release of the report could lead to a greater risk that is posed to U.S. facilities and individuals all around the world,” White House spokesman Josh Earnest said Monday. “The administration has taken the prudent steps to ensure that the proper security precautions are in place at U.S. facilities around the globe.”

Likewise, Army Col. Steve Warren, a Pentagon spokesman, said that “there is certainly the possibility that the release of this report could cause unrest” and therefore combatant commands have been directed to take protective measures.

According to many U.S. officials who have read it, the document alleges that the harsh interrogations failed to produce unique and life-saving intelligence. And it asserts that the CIA lied about the covert program to officials at the White House, the Justice Department and congressional oversight committees.

Earnest said that regardless of whether the U.S. gleaned important intelligence through the interrogations, “the president believes that the use of those tactics was unwarranted, that they were inconsistent with our values and did not make us safer.”

While the White House has said it welcomes the release of the summary, officials say they do have concerns about potential security threats that could follow.

On Friday, Secretary of State John Kerry asked Sen. Dianne Feinstein, the committee chairwoman, to “consider” the timing of the release. White House officials said Obama had been aware that Kerry planned to raise the issue with Feinstein, but they insisted the president continued to support the report’s release.