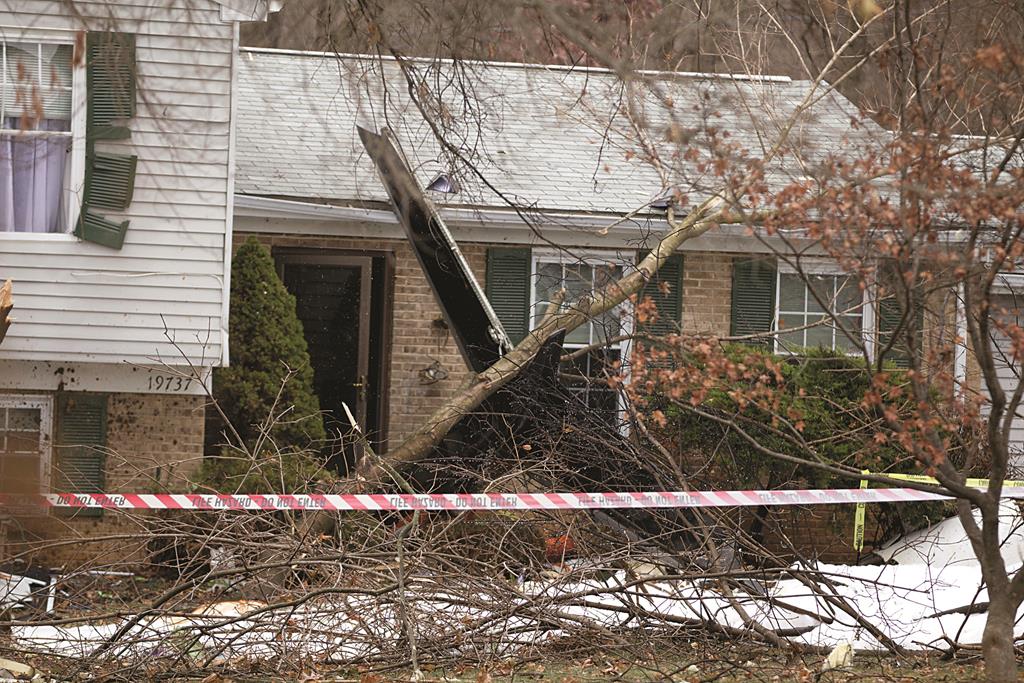 Three residents of a house hit by a small, private jet were among six people killed in a crash in Maryland’s Montgomery County.

Montgomery County Fire and Rescue Chief Steve Lohr says three people were aboard the jet when it crashed Monday into the home in Gaithersburg, a Washington, D.C., suburb.

Authorities later confirmed that three people were in the home when the jet crashed and that they were killed. They did not immediately identify the residents but have said a family of five lives in the home, and that a man and a school-aged child were safe.

Property records and neighbors say two parents and three children, including a newborn and a toddler, lived in the home.

The National Transportation Safety Board has sent a team to investigate the crash.