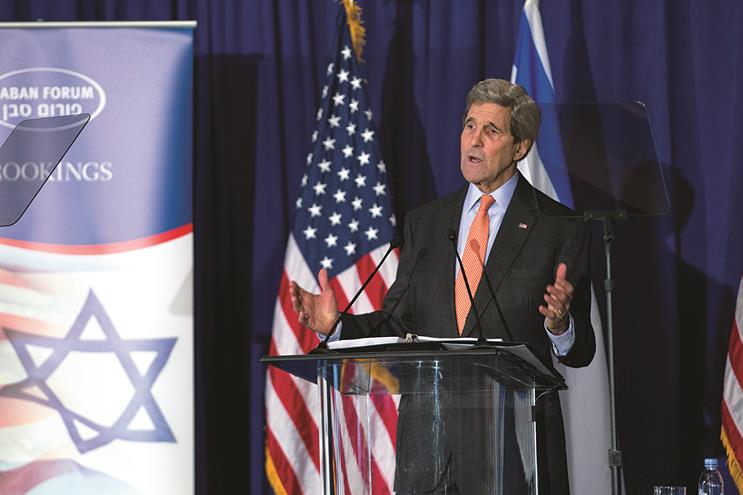 The Obama administration has been considering a move from verbal condemnation to actual sanctions against Israeli building in Yehudah and Shomron and east Yerushalayim, according to Haaretz on Sunday.

The administration began to consider a tougher approach following Prime Minister Netanyahu’s last meeting in the White House in early October and the public confrontation over subsequent announcements of new housing over the Green Line, an  Israeli official was quoted as saying.

Among the possible courses of action discussed was the United States withholding its veto on condemnatory resolutions against Israel in the U.N. Security Council.

Since last week, the elections also have to be taken into account. It remains unclear whether a harsher American line on building would hurt Netanyahu’s chances of re-election, or help him, by enabling him to present himself to voters as a tough leader who won’t give in to American pressure.

Also on Sunday, Secretary of State John Kerry showed he hasn’t given up on Mideast peacemaking. He told the Saban Forum at the Brookings Institute in Washington that peace between Israel and the Palestinians is not a “pipe dream.”

Kerry asserted that the fight against Islamic State had created a fresh opportunity for regional cooperation that could lead to peace. Arab leaders are telling him, Kerry said, that they are prepared to stand up and make peace with Israel. They are ready to stand up against the Hamas’s and Boko Harams of the world, Kerry said.

“We would be negligent if we did not take advantage of that. Months ago all of this would have seemed impossible,” he added.