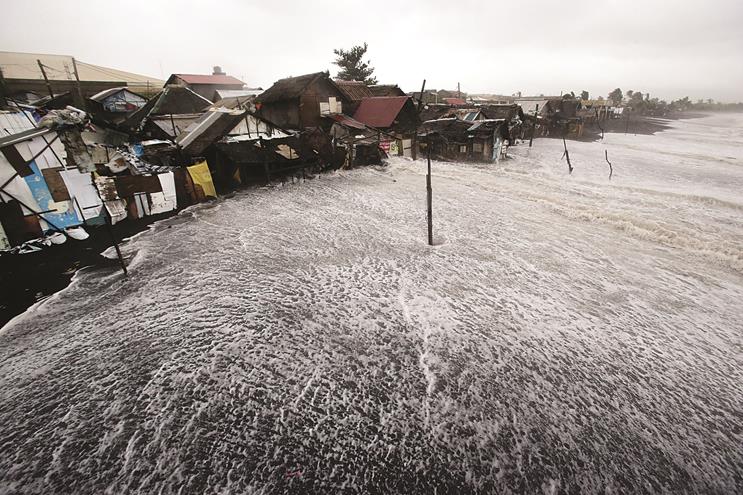 Typhoon Hagupit knocked out power, left at least three people dead and sent nearly 900,000 into shelters before it weakened Sunday, sparing the central Philippines the type of massive devastation that a monster storm brought to the region last year.

Shallow floods, damaged shanties and ripped-off store signs and tin roofs were a common sight across the region, but there was no major destruction after Hagupit slammed into Eastern Samar and other island provinces. It was packing maximum sustained winds of 87 miles per hour and gusts of 106 mph on Sunday, considerably weaker from its peak power but still a potentially deadly storm, according to forecasters.

Traumatized by the death and destruction from Typhoon Haiyan last year, nearly 900,000 people fled to about 1,000 emergency shelters and safer grounds. The government, backed by the 120,000-strong military, had launched massive preparations to attain a zero-casualty target.