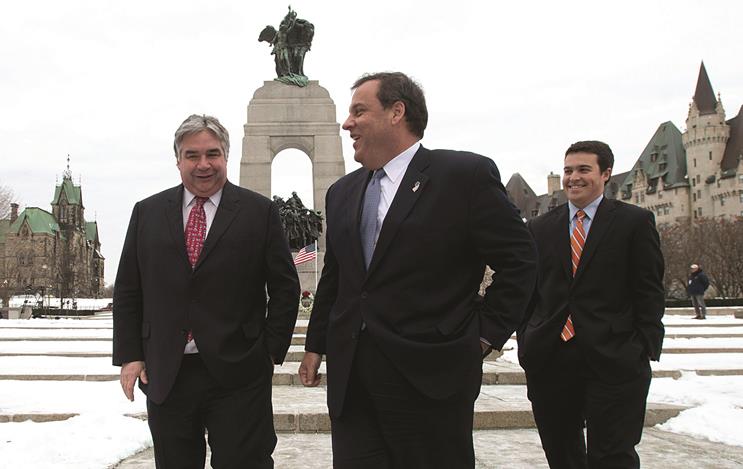 New Jersey Gov. Chris Christie emerged from a meeting with Canadian Prime Minister Stephen Harper touting the Canada-U.S. relationship. But the potential Republican presidential candidate says the bond between the countries could be even stronger.

Christie met Harper in Ottawa before laying a wreath at the National War Memorial in honor of Cpl. Nathan Cirillo, who was gunned down at the site in October.

“I’ve admired him from afar and he’s even more impressive up close than he is from afar,” said Christie, referring to the Conservative leader. “He’s done a very good job not only in Canada but abroad.”

Christie wouldn’t divulge details about his discussions with Harper but said that he hopes there will be announcements following those talks, much like after a recent trip to Mexico.

He added that his Canada trip didn’t go unnoticed: “Coming here and spending time here has been very interesting to see how much my presence means to the folks here.”

The international visits appear to be part of an effort to carve out an early niche among other potential 2016 candidates as he begins to build a foreign policy platform to show off his policy chops.

Christie was in Toronto on the last day of his first official visit to Canada. His two-day trip started in Calgary where he met energy industry executives. In Toronto, Canada’s financial capital, he promoted New Jersey in the hopes of strengthening the existing solid cross-border business relationship.