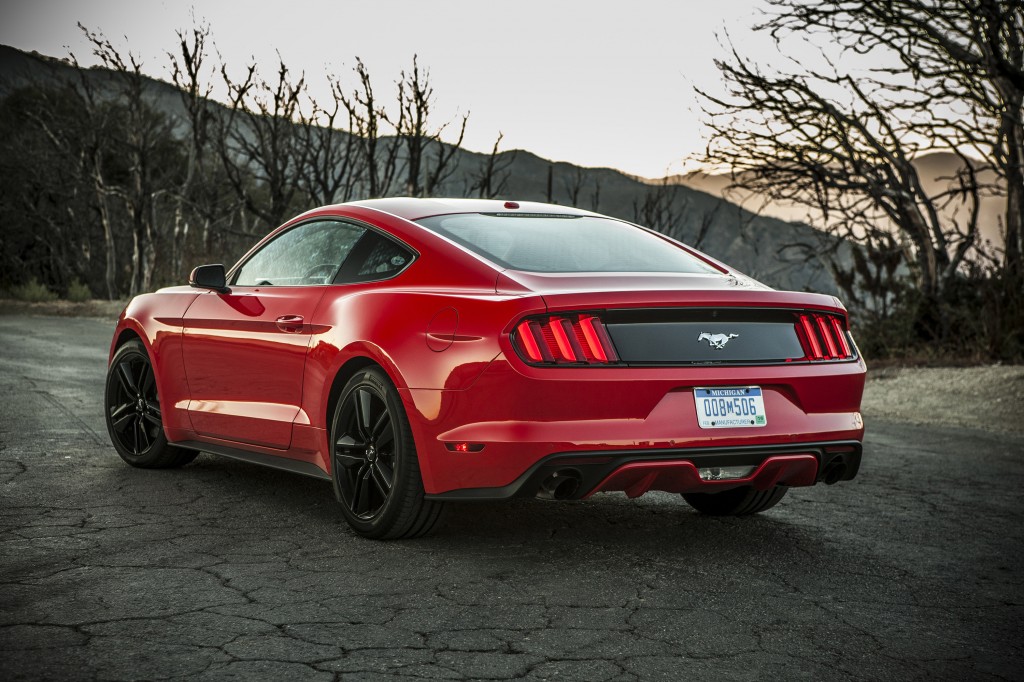 The 2015 Ford Mustang (I give it four out of four stars) redefines the affordable American sporty car.

New from the ground up, the Mustang runs laps around traditional competitors like the Chevrolet Camaro and Dodge Challenger. The first Mustang developed to be sold all over the world, it can also compete with luxury sport coupes that cost thousands of dollars more.

The Mustang’s architecture, its basic structure, is all new. Barely a nut or bolt carried over from the 2014 model, chief engineer Dave Pericak told me before putting a V-8 Mustang GT through its paces on a twisty track near Ford headquarters in Dearborn, Mich.

The difference is immediately apparent. A new independent suspension absorbs bumps better than ever before. This is the smoothest-riding Mustang ever, and the best handling, thanks to the suspension’s improved road holding.

The Mustang is a great value, whether compared to the less technically advanced Camaro and Challenger or costlier luxury coupes like the $46,000 six-cylinder 435i and $71,825 V8 Audi RS5. All prices exclude destination charges.

The interior boasts an attractive design and materials that look and feel fine, including aircraft-style aluminum toggle switches.

The controls are terrific, combining voice recognition with dials, buttons and switches to control climate and audio. Ford seems to have learned from complaints about its balky MyFord touch layout: 2015 Mustang controls are simple and easy to use. The optional Recaro seats could use a wider range of adjustments. The lid of the bin in the GT’s center console had a troublesome latch that didn’t always catch.

The exterior styling is attractive and evolutionary. With so many radical changes under the skin, Ford designers played it safe, creating an exterior that’s immediately recognizable. Notable touches include front LED running lights and functional air extractors in the GT’s hood to reduce lift and improve high-speed stability.

The Mustang’s handling and ride are a joy, and both engines I tested provide plenty of power. Ford’s 5.0-liter V-8 is one of the best, with a rumbling sound and a broad torque band that delivers strong acceleration in all gears.

The 2.3-liter’s handling benefits from the lighter engine and a more even front-to-rear weight distribution.

The engines’ fuel economy is also impressive. The GT scored 15 mpg in the city, 25 on the highway and 19 in combined driving. The 2.3-liter turbo rates 22/31/26. Both engines achieved their rated power and fuel economy with regular gasoline.

That efficiency combines with the 2015 Mustang’s features, value, looks and performance to set a new standard of excellence for affordable sporty cars.