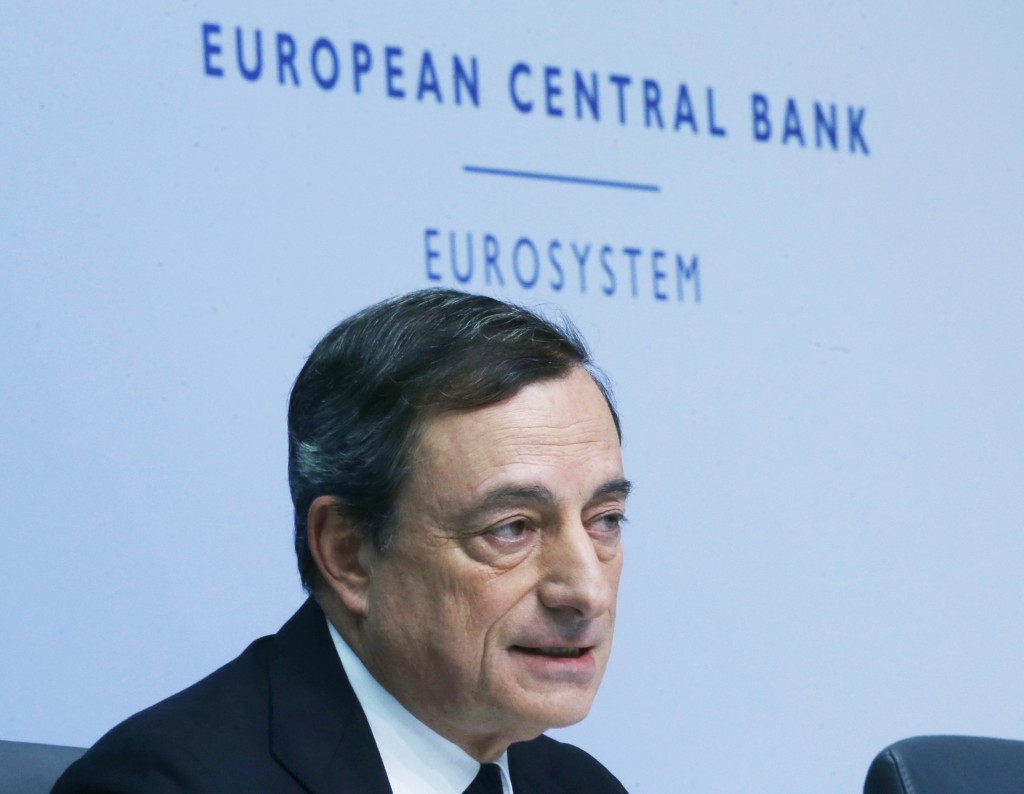 The European Central Bank is getting ready to offer more stimulus for the struggling eurozone economy – but expects to make a decision only early next year, after it assesses the impact of sharply lower oil prices, President Mario Draghi said Thursday.

Draghi is facing skepticism within the board of the ECB – particularly from German officials – on whether to approve a more drastic stimulus program, such as large-scale purchases of government bonds.

After agreeing to keep its benchmark interest rate unchanged at 0.05 percent, as expected, the ECB did not unveil new stimulus programs on Thursday.

Rather, Draghi said the ECB will reassess in the first months of 2015 the success of its existing stimulus programs and the impact of the recent plunge in oil prices on the economy of the 18-country euro bloc. Stock markets turned lower and the euro rose on news that the ECB would wait despite the eurozone’s obvious trouble generating growth and inflation.

Richard Barwell, an analyst at RBS, says the decision to wait could be a way to design a stimulus program that takes into account the holdouts’ reservations.

Or it could be a way to put pressure on them. By not providing stimulus piecemeal, as it has done so far, the ECB can show that a larger measure is needed as the economy shows no signs of improvement.

“In short, President Draghi is playing hardball, where he hopes that doing nothing today increases the chance of doing enough tomorrow,” Barwell said.

Among the ECB’s biggest concerns is low inflation, a sign that economic activity is weak. A protracted drop in prices could lead to deflation, a downward spiral in which consumers and companies put off spending in hopes of cheaper deals later.

In the past year, the ECB has cut its benchmark rate as low as it can go, offered cheap credit to banks, and bought bonds made up of bundles of bank loans to companies. All of that aims to get affordable credit flowing to companies so they can hire and boost growth.

Yet the ECB has held off on the most drastic measure: massive purchases of government bonds with newly created money.

Reasons for delay include doubts about whether the step will have much effect, opposition from German officials skeptical about central-bank stimulus that they see as bailing out governments, and a desire to see what effect the earlier stimulus measures will have before starting something new.

Meanwhile, the recent slump in oil prices has added a new variable to the mix.

Lower oil prices cut two ways in Europe. They make the ECB’s inflation headache worse by bringing down prices. But they also help growth, as consumers and businesses can use money saved on lower fuel bills for spending or investment.

ECB staff “have stepped up the technical preparations for further measures, which could, if needed, be implemented in a timely manner,” Draghi said.

That’s a hint the bank could start buying government bonds, a policy that has been used by the U.S. Federal Reserve, Bank of England and Bank of Japan.

Draghi indicated the ECB council would not wait for unanimity among its 24 board members, suggesting that one or two dissenters could not block action.

“We don’t need unanimity,” he said, though he added that new stimulus programs could be “designed to have consensus.”