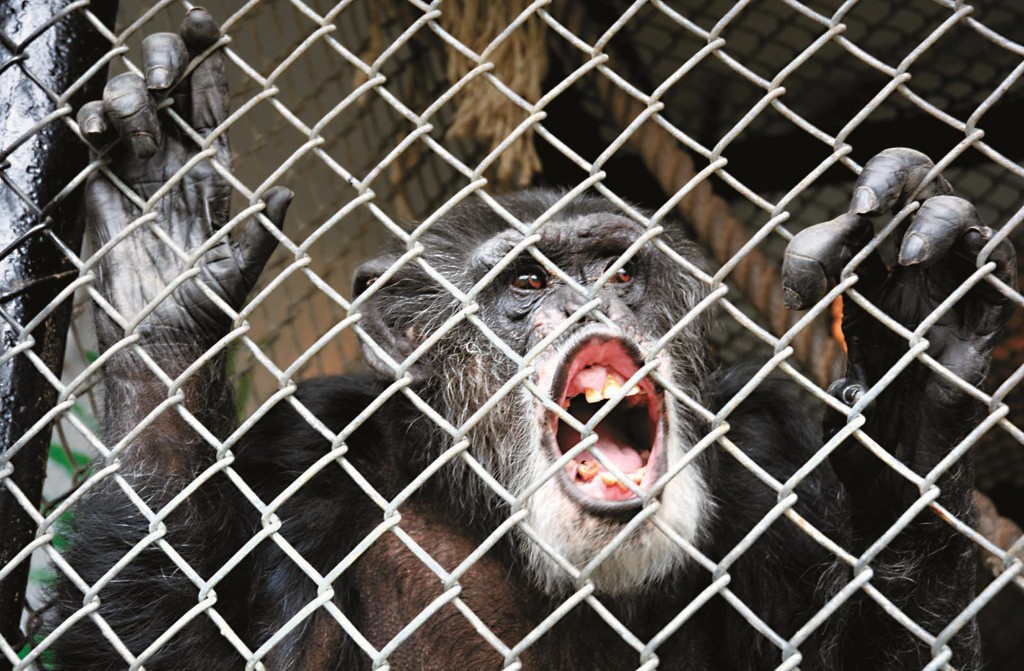 A chimpanzee is not entitled to the rights of a human and does not have to be freed by its owner, a New York appeals court ruled Thursday.

The three-judge Appellate Division panel was unanimous in upholding the denial of “legal personhood” to Tommy, who lives alone in a cage in upstate Fulton County. A trial level court had previously denied the Nonhuman Rights Project’s effort to have Tommy released.

The group’s lawyer, Steven Wise, compared the chimp’s living conditions to solitary confinement. But the court said there is no legal basis for treating animals as persons.

“So far as legal theory is concerned, a person is any being whom the law regards as capable of rights and duties,” they wrote. “Needless to say, unlike human beings, chimpanzees cannot bear any legal duties, submit to societal responsibilities or be held legally accountable for their actions.”

Tommy’s owner, Patrick Lavery, said Thursday he was pleased and expected the ruling.

“I just couldn’t picture any court granting habeas corpus for an animal,” he said.