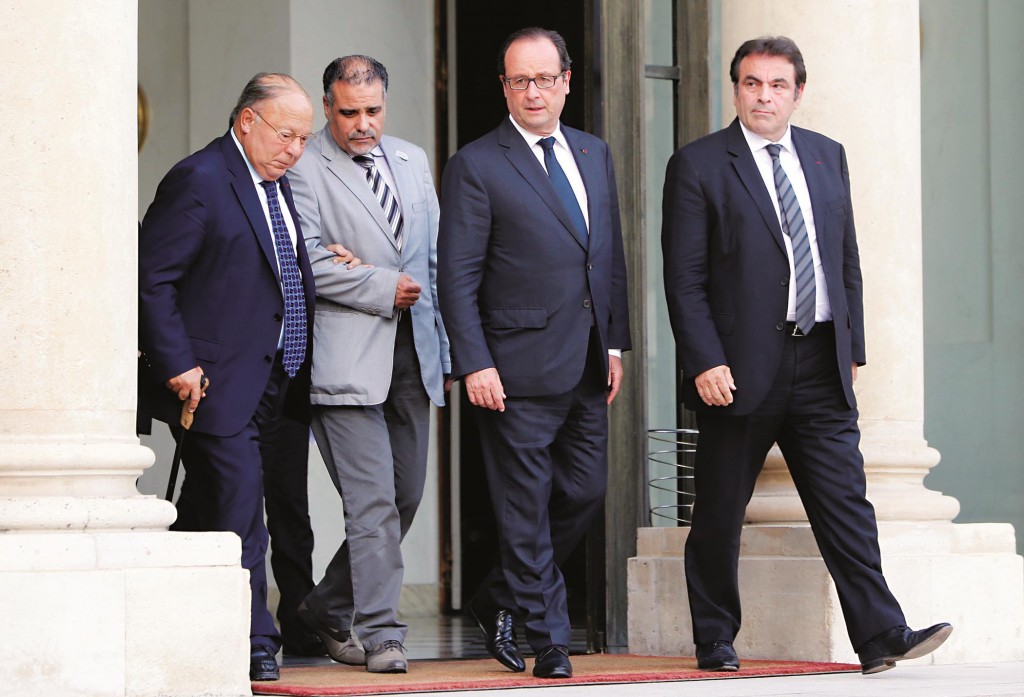 An attack on a French couple is reviving worries about anti-Semitic sentiment in France amid a rising number of incidents targeting Jews, especially during the Gaza war earlier this year.

Assailants this week forced their way into an apartment in the Paris suburb of Créteil, tied up a young man and woman, demanded money and beat the woman, according to authorities.

France has Western Europe’s largest Jewish community, which is concerned about a rise in Islamic extremism. A recent survey found that anti-Semitic opinions were particularly high in France’s Muslim community as well as among members of its far left and far right.

The French president said the attack harmed the nation’s values, and the head of France’s main Jewish organization pleaded for an aggressive government effort to stop what he called a “cancer” spreading through society.

In the Créteil attack, preliminary charges were handed down Wednesday night against two individuals for religion-motivated violence, armed robbery, assault, sequestration and extortion, according to the Service for the Protection of the Jewish Community in France. French media reported that a third suspect was later charged, apparently as an accomplice.

The young man, whom authorities have not identified, told France-Info radio that the attackers “apparently thought that given that my family is Jewish, [we have money, because] Jews have money.” He said the assailants repeatedly asked where the family money was stashed away, and talked about attacking Jews.

Incidents, including graffiti on gravestones and violent assaults, spiked during the the Gaza war over the summer, as has happened during periods of conflict in the Middle East in the past.

“Jews have lived in France for 2,000 years, and have had citizenship since the Revolution. … Now we can’t move about in the subway wearing a kippah,” he told the Associated Press.

“A family in a city in France was attacked because it is Jewish,” Hollande said at the Elysée Palace. “When such dramas occur, such tragedies, it is not simply the family that is wounded, attacked. It is the greatness of France that finds itself wounded, damaged.”

The French government has appointed an independent representative to deal with rising anti-Semitic sentiment and violence, but details of a plan or budget have yet to be announced.

The attack in Créteil revived chilling memories of a brutal killing in 2006. A gang targeted a young Jewish man, Ilan Halimi, held him captive for three weeks and tortured him. He was discovered near railroad tracks south of Paris and died on the way to the hospital.

Meanwhile, Islamic extremists have repeatedly called for attacks on France, and the Jewish community fears it could be a prime target.

Mehdi Nemmouche, a French citizen who fought in Syria, is accused of killing four people at the Brussels Jewish Museum in May. Mohamed Merah killed three Jewish children, a rabbi and three paratroopers in a rampage in southern France in 2012.

“This has been a particularly hard period for the Jewish community. Since the murder in Toulouse, attacks have been taking place on an increasingly frequent basis,” said Simon Rodan-Benzaquen, Director of the Paris offices of the American Jewish Committee, in an interview with Hamodia. “This is an issue not only for the Jewish community, but for French society… What does it mean if a democracy is not capable of protecting its minorities?”