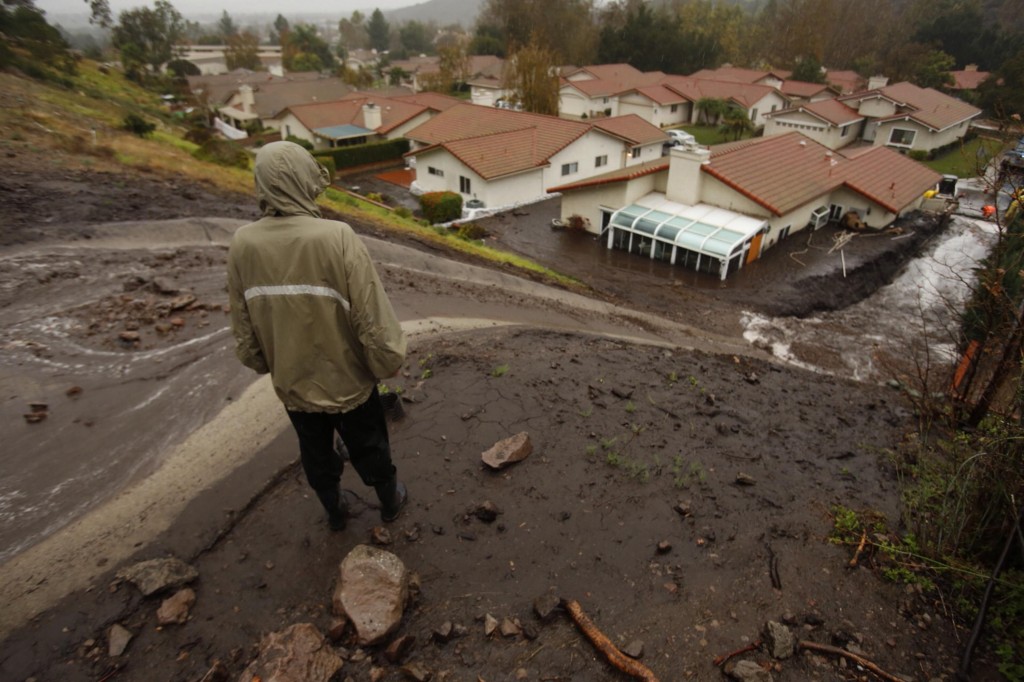 A second day of much-needed rain fell across drought-stricken California on Wednesday, but the storm so far has produced few of the problems such as flooding and mudslides that threatened areas left barren by wildfires.

Residents and authorities, however, kept a cautious watch on saturated slopes as scattered showers fell in Southern California, where the heaviest torrents fell a day earlier.

Inland areas east of Los Angeles were expected to see the strongest downpours. One location, Yucaipa Ridge in the San Bernardino Mountains, had received an exceptional 8.38 inches of rain by 4:00 a.m. Wednesday, the National Weather Service said.

Despite the storm’s scale, experts said it would take many more similar storms to pull the state out of a three-year drought.

Across California, the storm likely opened a sinkhole in San Francisco, dropped snow in mountains key to the water supply, and awakened signature waterfalls at Yosemite National Park, including the 2,425-foot Yosemite Falls that had dried to a trickle by mid-July.