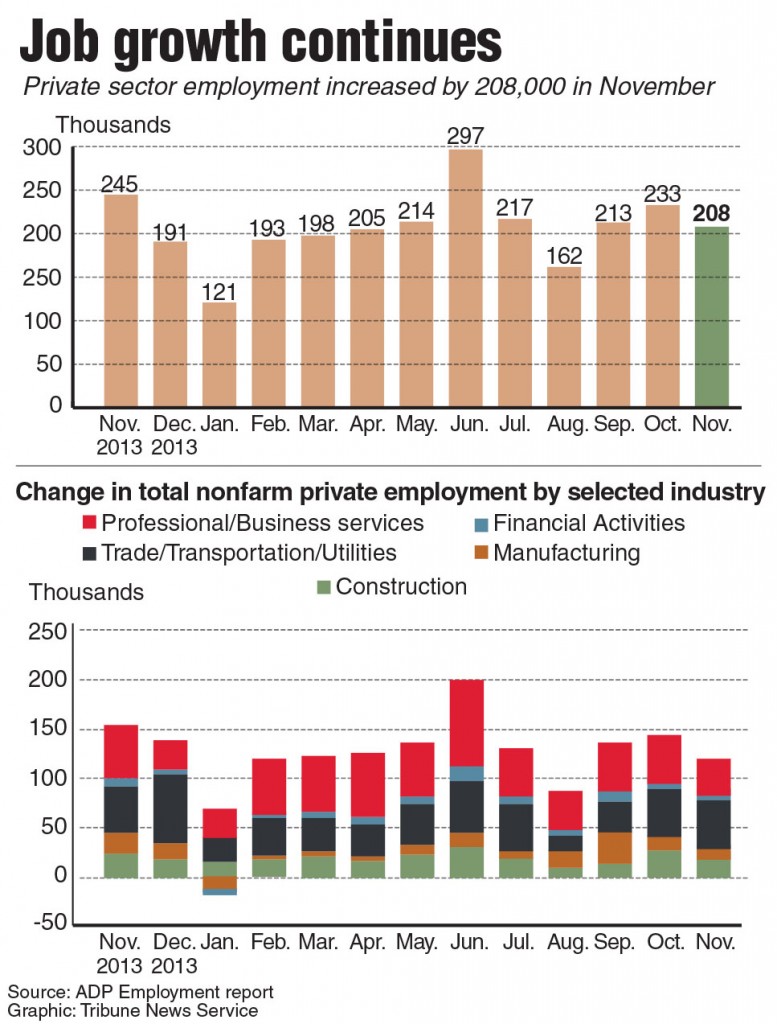 The figure was down from an upwardly revised 233,000 private-sector jobs created in October, ADP said. November’s total also came in below the 225,000 analysts had expected.

Still, the closely watched figure indicates that the economy is continuing its nearly yearlong stretch of strong job growth.

“Steady as she goes in the job market,” said Mark Zandi, chief economist at Moody’s Analytics, which assists ADP in preparing the report.

Zandi predicted that the pace would lead to the unemployment rate dropping by 0.5 percentage points a year and that a tightening job market soon would “prompt acceleration in wage growth.”

Economists expect the Labor Department to report Friday that the private and public sectors added a combined 230,000 net new jobs in November and that the unemployment rate held steady at a more-than-six-year-low of 5.8 percent.

That would be an increase from October’s 214,000 jobs and would extend the nation’s record job-creation streak to 50 months.

The ADP report found that November’s job gains were led by the service sector, which added 176,000 net new positions, down from 187,000 in October.

The higher-paying construction industry added 17,000 net new jobs in November, down from 27,000 the previous month.

Manufacturers increased their payrolls by 11,000, after adding 13,000 net new jobs in October.

Federal Reserve policymakers are watching the labor market closely as they try to determine when to start raising their benchmark short-term interest rate, which has been near zero percent since late 2008.