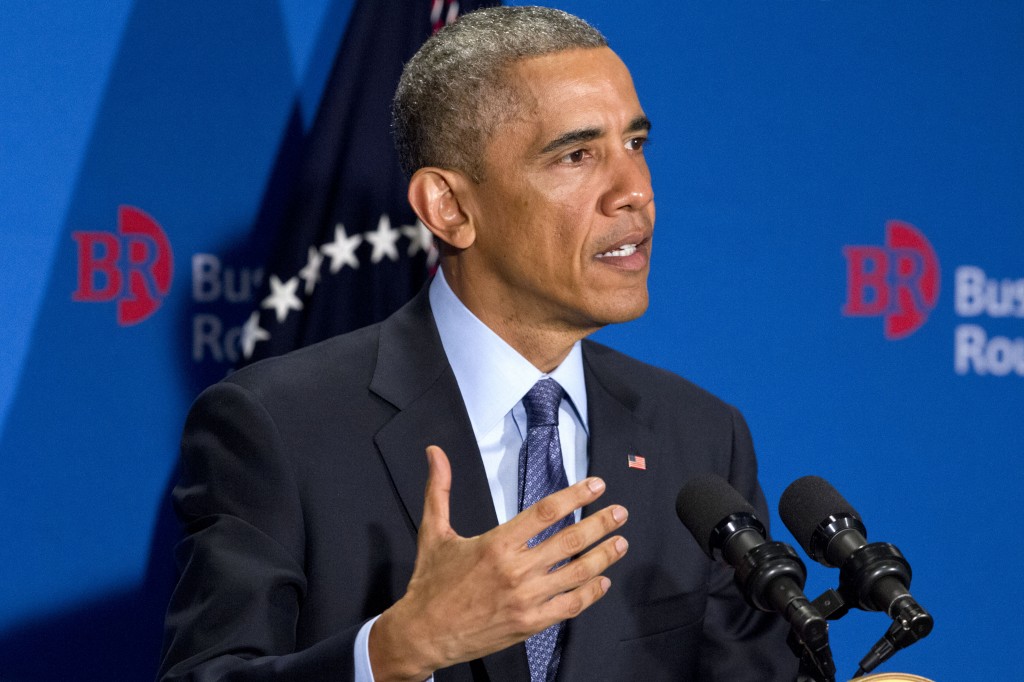 At times blunt, at others obliging, President Barack Obama entered a den of top corporate CEOs on Wednesday with a candid assessment of the limits of his governing agenda, the tripwires facing the economic recovery and the motivations of various foreign leaders.

He evaluated the consolidation of power by Chinese President Xi Jinping, offered a tutorial on the politics of raising gasoline taxes and urged a discussion on “some tricky questions” about stagnant wage growth amid 60-year-high corporate profits. And he called on Democrats to “stop fighting the last war” when it comes to negotiating trade deals.

In a wide-ranging 80-minute discussion with about 100 members of the Business Roundtable, Obama briefly drew back the curtain on how he negotiates the difficult relationship he has with the nation’s corporate world. Typically, such exchanges have occurred in private, leaving the White House and the CEOs to interpret the sessions later for the public.

The group listened politely and intently as Obama defended government regulations while conceding businesses “are actually about 25 percent right when it comes to regulatory burden.” While he invited the Business Roundtable to come up with a list of regulations that bother them the most, he said there was a limit to what he could do for businesses on immigration and urged CEOs to speak out about Chinese cybertheft, even though it might prompt repercussions.

When Frederick Smith, Chairman and CEO of Federal Express, wondered why bipartisan proposals to raise the gas tax to pay for highway construction weren’t moving in Congress, Obama sympathized but gave the CEOs a lesson in real politics.

“In fairness to members of Congress, votes on gas taxes are really tough,” Obama said. “Gas prices are one of those things that really bug people. When they go up, they’re greatly attuned to them. When they go down, they don’t go down enough.”

He said he was optimistic about the prospects of the U.S. recovery, but said economic weakness in Japan and in Europe “means that the United States, even as we chug along, could be pulled back.”

He declared himself “cautious and clear-eyed” about the U.S. relationship with China, and said President Xi appears interested in “managing this relationship effectively.” But he said he was less optimistic about ties with Russia because Putin’s nationalistic politics are working for him with the Russian public.

He directly challenged the business leaders to confront the subject of wages, noting that profits and the stock market are enjoying gains but pay remains stagnant.

“That’s part of what’s causing disquiet in the general public, even though the aggregate numbers look good,” he said.

Some executives questioned Obama about the prospects for success on areas where he and Republicans could cooperate, and one gently pushed back on the subject of wages for American workers.

“Everyone in here wants to grow and everyone wants to add jobs and we all want to raise pay, believe it or not. It’s what we want to do,” he said.

Obama told the CEOs he will push to conclude a trade deal with Europe and with Pacific rim nations. He also listed an overhaul of the tax system, spending on public-works projects and immigration as other topics where he and the new Congress could find common ground.

“Those who oppose these trade deals ironically are accepting a status quo that is more damaging to American workers,” Obama said.