Regional No Indictment for NYC Cop In Chokehold Death
Regional 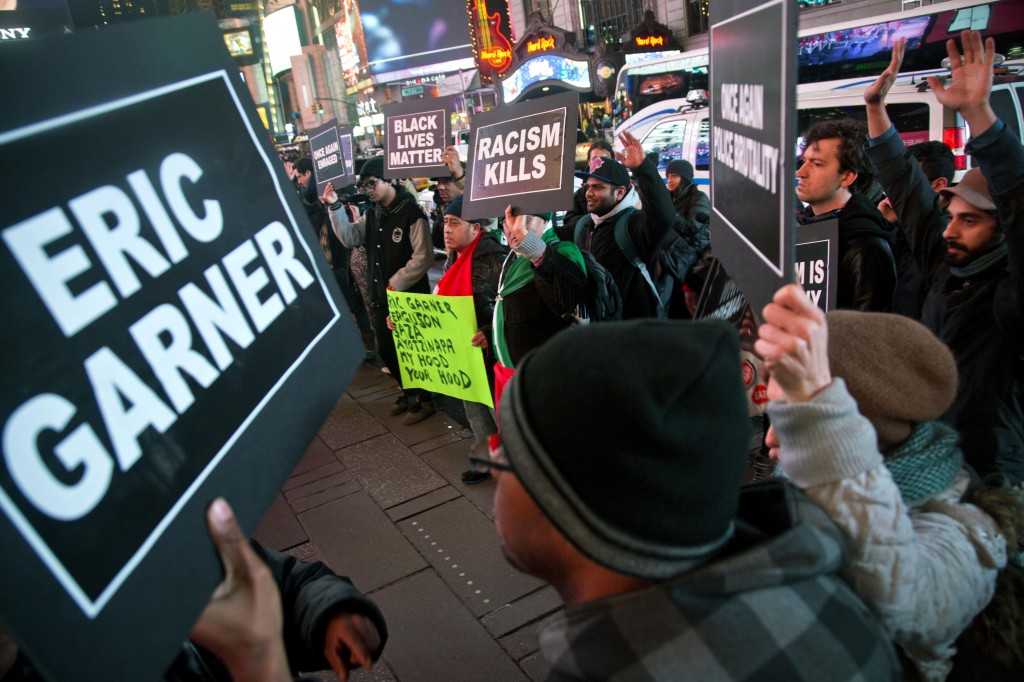 The white New York City police officer cleared Wednesday in the alleged chokehold death of a black man said he did not mean any harm to Eric Garner, making his first public comments since the July 17 incident.

“I became a police officer to help people and to protect those who can’t protect themselves,” Daniel Pantaleo said in the written statement. “It is never my intention to harm anyone and I feel very bad about the death of Mr. Garner. My family and I include him and his family in our prayers and I hope that they will accept my personal condolences for their loss.”

In the Staten Island neighborhood where Garner died, people reacted with shouts and expressions of angry disbelief. Garner’s father, Benjamin Carr, urged calm and said the ruling made no sense.

The grand jury could have considered a range of charges, from murder to a lesser offense such as reckless endangerment.

“I am actually astonished based on the evidence of the videotape, and the medical examiner, that this grand jury at this time wouldn’t indict for anything,” said a lawyer for Garner’s family, Jonathan Moore.

A video shot by an onlooker showed the 43-year-old Garner telling a group of police officers to leave him alone as they tried to arrest him. Pantaleo responded by wrapping his arm around Garner’s neck in what appeared to be a chokehold, which is banned under NYPD policy.

The heavyset Garner, who had asthma, was heard repeatedly gasping, “I can’t breathe!”

A second video surfaced that showed police and paramedics appearing to make no effort to revive Garner while he lay motionless on the ground. He later died at a hospital.

As with 18-year-old Michael Brown’s death in the St. Louis suburb of Ferguson, the Garner case sparked protests, accusations of racist policing and calls for federal prosecutors to intervene. But unlike the Missouri protests, the demonstrations in New York remained mostly peaceful.

The case also prompted Police Commissioner William Bratton to order officers at the nation’s largest police department to undergo retraining on use of force.

The medical examiner ruled Garner’s death a homicide and found that a chokehold contributed to it. A forensic pathologist hired by Garner’s family, Dr. Michael Baden, agreed with those findings, saying there was hemorrhaging on Garner’s neck indicative of neck compressions.

Police union officials and Pantaleo’s lawyer argued that the officer used a takedown move taught by the police department, not a banned chokehold, because Garner was resisting arrest and that his poor health was the main reason he died.

Donovan said the investigation was four months long and included 38 interviews and 22 witness accounts. Pantaleo had been stripped of his gun and badge and placed on desk duty while the case was under investigation. He is likely to remain on modified duty while the NYPD conducts an internal investigation that could result in administrative charges.