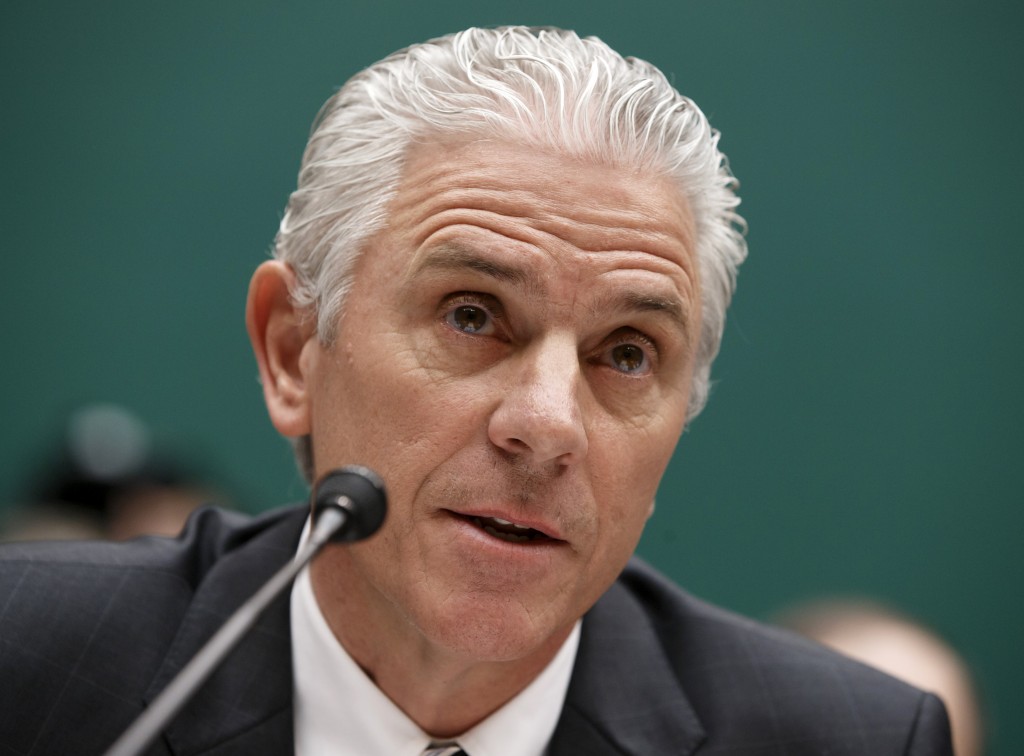 Japan’s Takata Corp. rejected federal regulators’ demand Wednesday for an expanded, nationwide recall of millions of air bags, setting up a possible legal showdown and leaving some drivers to wonder about the safety of their cars.

Amid the standoff, Honda Motor Co. decided to act on its own and recall cars with the potentially defective equipment in all 50 states. But other automakers have yet to make a decision.

At issue are air bags whose inflators can explode with too much force, hurling shrapnel into the passenger compartment. At least five deaths and dozens of injuries have been linked to the problem worldwide.

Over the past six years, Takata and 10 automakers issued a series of recalls covering 8 million cars in the U.S., mostly in high-humidity areas such as the Gulf Coast, because of evidence that moisture can cause the propellant to burn too quickly. But after incidents in California and North Carolina, the National Highway Traffic Safety Administration began pressing for the recall of 8 million more vehicles from coast to coast – a demand that Takata flatly rejected.

Takata also contends that NHTSA has authority to seek recalls only from auto manufacturers and makers of replacement parts, not from original-parts suppliers – a position NHTSA contests.

Shimizu insisted that the air bags are safe: “I would drive a car with a Takata air bag.”

The agency is now gathering proof that a recall is needed, which it will present at a public hearing. After that, NHTSA could order Takata to undertake a recall, and could take the company to court if it refuses. But Friedman acknowledged that could take months.

“It’s time for industry to step up,” Friedman told lawmakers. “Until (Takata) and automakers act, affected drivers won’t be protected.”

At Wednesday’s hearing, Rep. Jan Schakowsky of Illinois, the panel’s senior Democrat, said she has received letters from constituents “who are literally afraid to drive their cars.”

Rep. Billy Long, R-Mo., warned that driving a car with a Takata air bag is “tantamount to driving down the highway with a shotgun pointed at you.”

Drivers whose cars have been recalled should have received notices in the mail. A driver can also key in the vehicle’s identification number at www.safercar.gov or call the dealer to see if the car is covered.

But for those outside the recall zone who want to know if their air bags are safe, things get trickier. It’s difficult to tell if a car has a Takata air-bag inflator. Car owners can try asking their dealer, but even they may not know.

Honda is Takata’s largest customer, but the company also made air bags for Ford, Chrysler, Mazda and BMW. Mazda said Wednesday that it will probably expand its recall. Ford said it is cooperating with NHTSA, but didn’t announce plans for any wider recall. BMW said it is evaluating the situation.

Rick Schostek, executive vice president of Honda North America, said Honda is acting even though Takata hasn’t identified problems beyond the current recall areas. Honda didn’t say how many vehicles will be recalled, but the recall includes its most popular vehicles, including the 2001-07 Accord and the 2002-06 CR-V SUV.

“Our customers have concerns and we want to address them,” Schostek said.

Lawmakers expressed frustration that, after a decade, Takata still isn’t certain about the cause of the explosions. They also questioned whether the replacement air bags made by Takata will be safe.

Takata said it has tested 1,057 inflators taken from locations outside the high-humidity zone, and none of them ruptured.

Wednesday’s hearing was the second in Congress regarding Takata air bags. Earlier this year, Congress held a series of highly publicized hearings into General Motors’ handling of a recall of cars with defective ignition switches that are now linked to 36 deaths.

“I’m sorry to say that it has been a bad year for auto safety,” Rep. Fred Upton, R-Michigan, said at the opening of the hearing.