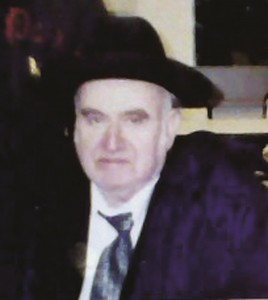 It is with great sadness that we report the passing of Rabbi Mordechai Premock, z”l, creator of the renowned Luach Zmanei Hayom, one of the most thorough and reliable calendars of halachically significant times of day.

His expertise in the intricate calculations of zmanim and time-related issues such as the International Date Line made him one of the world’s leading authorities in this field which, despite being an essential part of frum life, is understood by very few. Somebody once asked Hagaon Harav Shlomo Zalman Auerbach, zt”l, about a certain complicated issue in calendar calculations. His response was, “Ask Premock. He knows these things.”

Rabbi Premock was born in 1934 to Naftali and Malka Frieda Premock, who hailed from Russia and Austria, respectively. Young Mordechai grew up in Jersey City, which had very limited chinuch options. His parents, simple and loyal Jews, sent their son daily to the Lower East Side of Manhattan to study in the Rabbi Jacob Joseph Yeshivah. Rabbi Premock remained at the yeshivah for many years, eventually receiving semichah from its Rosh Yeshivah, Harav Mendel Kravitz, z”l.

In 1961 he married Risse Mandel, daughter of Rabbi Pinchos Mandel, and settled in Boro Park.

After the tragic passing of a teenage daughter, Rabbi Premock wanted to start a major project dedicated to her memory. The result was the launch of Luach Zmanei Hayom. True to his thorough and tenacious personality, Rabbi Premock threw himself totally into the study of the intricacies of zmanim. In general, he would not leave any subject that he studied until he had perfect clarity; all the more so in his mission to make zmanim more easily available to Klal Yisrael. Before starting work on the first edition, he spent day and night making sure that he perfectly understood every point.

Even after many years of producing the luach, Rabbi Premock put tremendous time and effort into its production. In the days before computerization, both the calculations and physical preparation for print took great pains.

While the luach was certainly his best-known project, it was actually one of a series of missions to fill needs in Klal Yisrael that he felt were neglected. In the early 1980s, responding to the rising number of older singles, he created the Jewish Registry, a database of older unmarried men and women whom he attempted to match up using a detailed questionnaire. It helped Jews of all walks of life, from the non-observant to members of the most stringent kehillos.

Some time later he also founded Tohar, an organization to promote higher standards in taharas hamishpachah.

Rabbi Premock never lost the temimus of his Jersey City beginnings. He was completely removed from all petty politics and did not even understand what it meant to seek kavod.

This article appeared in print on page 20 of the December 3rd, 2014 edition of Hamodia.