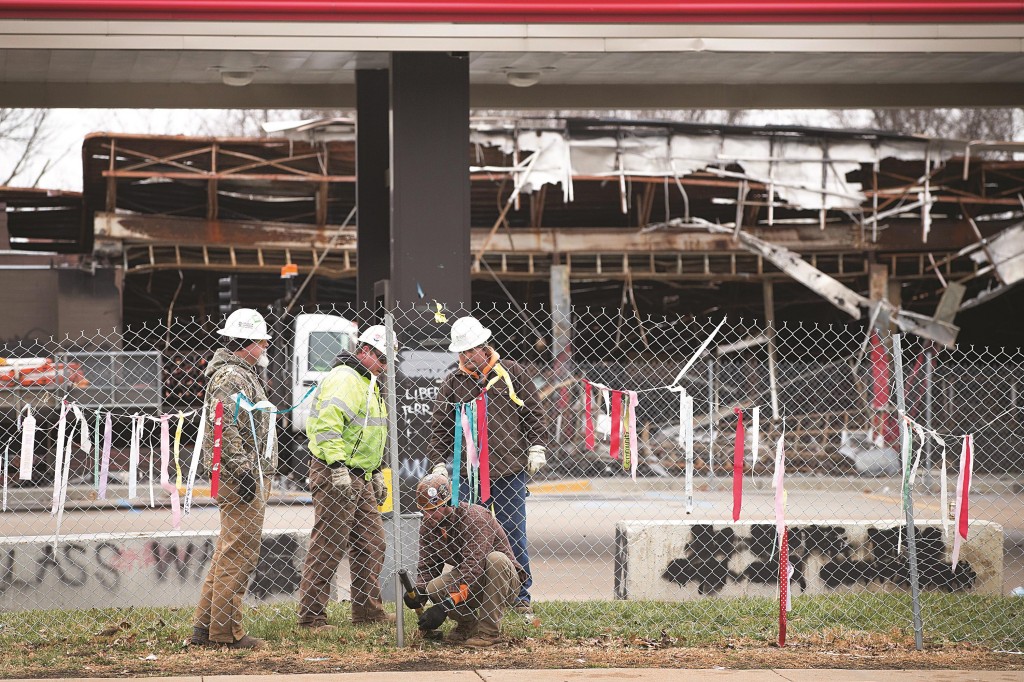 A week to the day after chaos reigned in a blizzard of arson, looting and blind rage, a calm settled over Ferguson on the first day in the final month of its most cataclysmic year.

St. Louis County police Sgt. Brian Schellman said the recent relative calm would allow officers on Ferguson detail to return to their normal shifts today.Police had been on 12-hour shifts since Nov. 23.

“They’re all pretty well taxed,” Schellman said. “There are a lot of officers looking forward to spending time with their families again.”

He acknowledged that police had been nervous heading into last weekend, concerned that the warm weather would reignite trouble.

“But the last few days, we haven’t had to deal with very many things at all in Ferguson,” he said.

On Monday, guard Humvees appeared to replace police vehicles in taking on the brunt of patrol duty in Ferguson.

Schellman said it was uncertain when the guard would pull out of the city.

“They’ve been a big help in freeing us up to deal with any criminal activity,” he said.

Residents and businesses, which have witnessed such lulls before, are not ready to declare the unrest over.

At Marley’s restaurant on South Florissant Road, just yards from where rioters torched two county police cars on Nov. 24, a sparse crowd settled in for dinner. Owner Martin Braun noted that, even at the height of the rioting, his place had remained open — and undamaged.

“One reason we remained open was that it’s harder to pick on a place that’s occupied,” Braun, 57, said.

“My regular customers have stood by me,” Braun said. “I’m just hoping that this peace will hold and more people will feel comfortable coming in.”