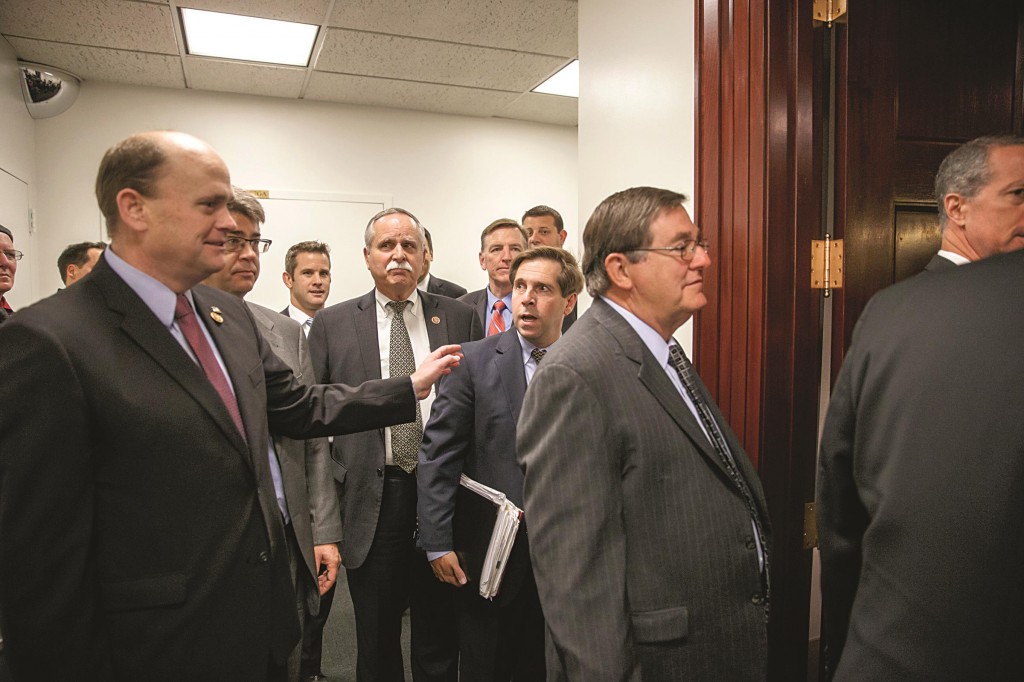 Hoping to prevent a government shutdown by GOP opponents of President Barack Obama’s immigration plan, House Speaker John A. Boehner floated a proposal Tuesday that would fund most of the government — but not the immigration agencies — through the end of the 2015 fiscal year.

The Republican speaker insisted the plan remained a work in progress as leaders tried to round up support. The immigration agencies would be funded only on a short-term basis until early next year, when the next Congress could battle the president with its new GOP majority.

To sweeten the deal, a separate measure blocking Obama’s go-it-alone executive action on immigration could be voted on in the House as soon as this week. But that bill would be largely symbolic since the Democratic-controlled Senate is likely to ignore it.

Nevertheless, the measure would allow the conservative wing of Boehner’s party to let off steam over Obama’s plan to defer deportations for up to 5 million immigrants who are in the country illegally. Some GOP hard-liners had called for using the upcoming appropriations bill, which must be passed by Dec. 11, to protest the president’s action, raising the specter of another government shutdown.

Whether the Ohio Republican can keep his troops in line before next week’s deadline to keep the government running remains to be seen. After emerging from a closed-door meeting with lawmakers Tuesday, he sounded a cautionary note.

“Frankly, we have limited options,” Boehner said, vowing to challenge the president on immigration in other ways. “We have not made decisions about how we’re going to proceed. But we are, in fact, going to proceed.”

Rank-and-file Republicans were mixed on the options ahead, with the most conservative members preferring only a stopgap spending bill to fund the entire government for a short period. They believe that would provide more leverage to stop Obama once the GOP controls the new Congress in January.

But Republican leadership bristles at that approach, worried that a prolonged budget battle over immigration will derail their agenda as the new majority party.

Rep. Ted Yoho (R-Fla.), who sponsored the bill opposing the president’s actions, said if Obama wants to act unilaterally with “a pen and a phone, this will take the ink out of his pen.”

Others took a more practical approach, warning that the party should not be considering a shutdown as it is about to ascend to the Senate majority.

“Don’t attack the enemy when you have reinforcements on the way,” said veteran Rep. Joe Barton (R-Texas).