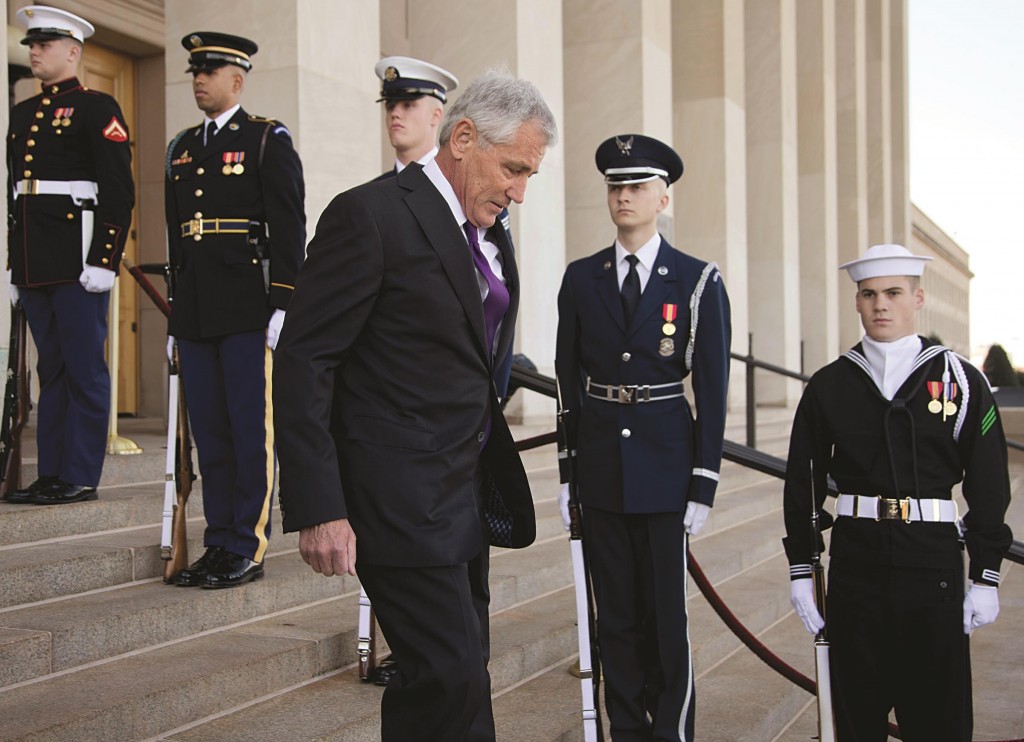 Wanted: Thick-skinned candidate to oversee a sprawling bureaucracy bitten by budget cuts and join a national security team besieged by criticism. Must be tolerant of White House interference.

The job conditions for President Barack Obama’s next defense secretary have already spurred some top contenders to bow out, leaving the White House with a slim list of candidates to fill the post for the administration’s final two years. Those said to still be under consideration are largely longtime public servants who have deep Pentagon experience, but may be less likely to give Obama’s national security agenda the jolt that critics – and increasingly some supporters – say is needed.

People familiar with the decision-making process say Obama’s short list includes Ashton Carter, the former deputy defense secretary who left the administration in late 2013, and Robert Work, who now holds the Pentagon’s No. 2 job. The president has also been considering Homeland Security Secretary Jeh Johnson, who previously served as the Pentagon’s top lawyer, though some administration officials are concerned about leaving a vacancy at Johnson’s agency just as it starts implementing Obama’s executive orders on immigration.

That list is shorter than some in the White House had hoped when Defense Secretary Chuck Hagel resigned last week under pressure from Obama. Michele Flournoy, one of Obama’s top choices, quickly took her name out of contention, in part because of concerns over the tight rein the White House has tried to keep on the Defense Department. Sen. Jack Reed, a Rhode Island Democrat and West Point graduate, also made clear within hours of Hagel’s resignation that he wasn’t interested.